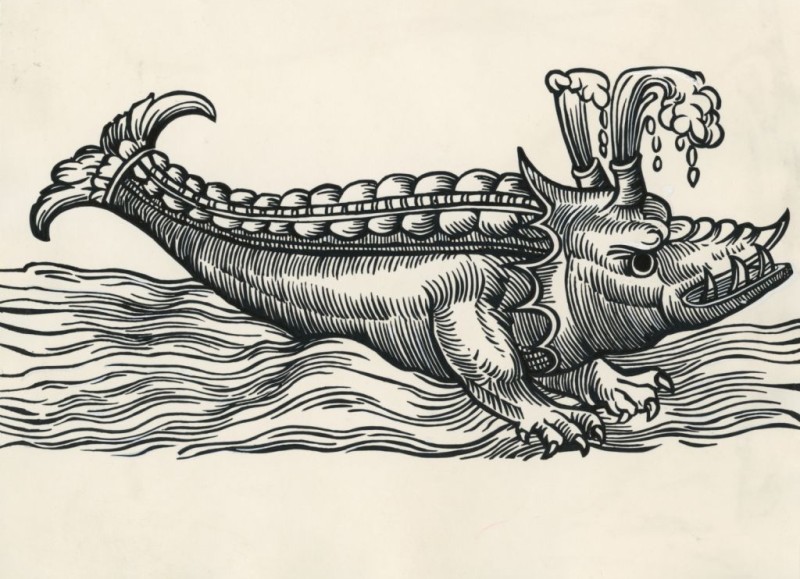 From 1964 to 1984, the Austrian painter and graphic artist Gertie Fröhlich (1930–2020) designed over a 100 posters for the Austrian Film Museum, that have since achieved collector's status. She is also responsible for the Film Museum's trademark logo: the magical fable creature "Zyphius", which she found amongst renaissance illustrations of mythical animals. A "Zyphius" is a sort of whale that can live on land as well as in water. Ms. Fröhlich interpreted it as a favourable omen and chose it as a symbol for a Film Museum that would never sink.

The adaptation of the original logo was done by Christof Janitschek and was then revised by Gabi Adébisi-Schuster.
Share on