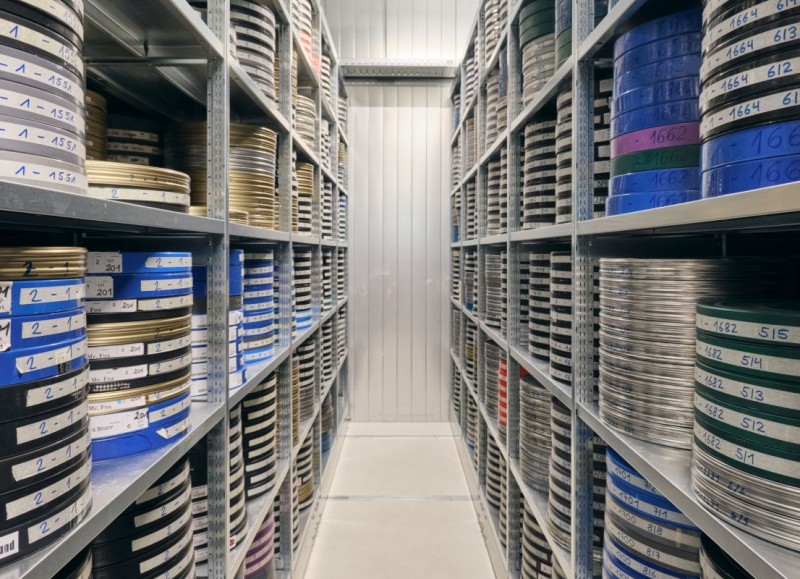 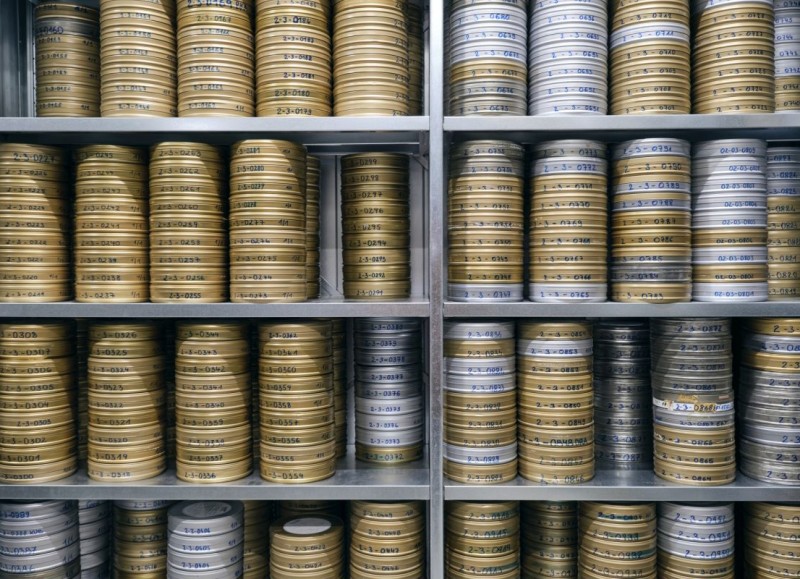 The collection, preservation and restoration of films and film-related artifacts is one of the Film Museum's chief responsibilities. Our collection is stored in climate-controlled vaults under the best possible conditions. We regularly undertake special preservation and restoration projects, often in cooperation with partners in Austria and abroad.

The film collection was inaugurated by the museum founders Peter Konlechner and Peter Kubelka in 1964 and has steadily grown since then. It is exemplary in many areas and is held in high regard internationally.

The collection comprises approximately 31,000 films. They cover the entire era of cinematography, from 1893 (films produced by Edison) to the present, and all genres and types of cinema, from classic feature films to scientific films, trailers and commercials.

The collection policy is guided by the principle of representing the medium through outstanding examples of all its variants. In addition, it focusses on several specific collection areas which were established since the founding of the museum.

- the international heritage of independent, avant-garde and non-industrial film

- avant-garde and independent film in Austria since 1950

The Film Museum also preserves the major works from the history of Independent Filmmaking in Austria. These range from films by Peter Kubelka, Kurt Kren, Ernst Schmidt jr. and Valie Export to contemporary works by artists such as Martin Arnold, Dietmar Brehm, Lisl Ponger, Peter Tscherkassky and Virgil Widrich. The oeuvres of independent "crossover filmmakers" such as John Cook, Michael Pilz or Gustav Deutsch are also part of this collection focus.

The most famous works of film history are also well-represented in our collection: from Sunrise and La Règle du jeu to Le Mépris and Mulholland Drive. In cooperation with rights holders, film producers, distributors and private sponsors, new collections devoted to important areas of film history are continuously being added to the present holdings.

The Film Museum also holds several thousand reels of nitrate film, the high-quality but extremely fragile material of industrial film production until approximately 1950. The restoration and preservation of these films requires not only the utmost care, it is also extremely expensive. In this field, the support of private partners and the public sector as well as a special sponsorship project has proven to be indispensable.

The Film Museum's large collection of amateur films and other 'ephemeral' kinds of filmmaking is constantly being expanded with private deposits and donations.

Some of the Film Museum's important restorations, such as Dziga Vertov's Entuziazm or Erich Von Stroheim's Blind Husbands, have been made available on DVD following their preservation on film. We do not understand the DVD as a "substitute carrier" of film, but as an educational medium that allows for various forms of contextualization, roughly comparable to the catalogue of an art exhibition.

Another of the Film Museum's responsibilities is the location, restoration and preservation of films which are threatened by immediate decay. In this context, we would like to request your active assistance: film requires highly specialized storage conditions in order to prevent its material decomposition; if you or your acquaintances still have old film material in private storage, please contact us to ensure a professional solution for lasting storage and preservation.

The Film Museum supports the FIAF Manifesto "Don't Throw Film Away" as well as the international petition Save Film.

For post-graduate research projects and research by historians and artists, or for programme-oriented research initiatives, we offer the option of viewing films at the editing bench.