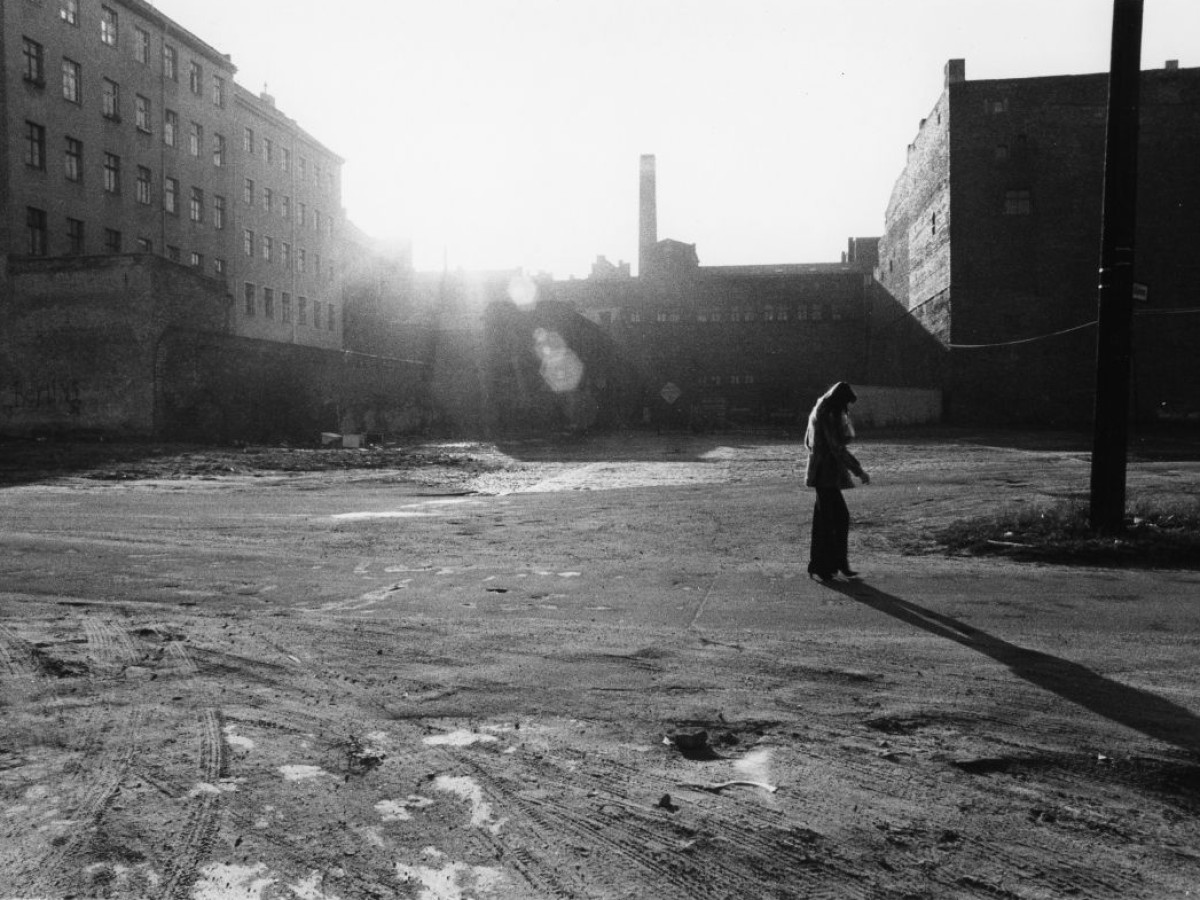 In the winter of 1979 and 1980, Annik Leroy revisits Berlin as a site of personal and collective memory. In this, her first feature-length film, the city is its own emblem: a solitary walker drifts in and out of shots of a snow-swept Steinstücken, ruins and abandoned neighborhoods, and rides in railway cars traversing Berlin. It is as if Leroy were capturing the image of a ghost. The spaces she seeks and films are for the most part desolate, and the filmmaker lets the sounds of children playing, countless languages spoken, and glimpses of conversations once had sluice through them as if they were a drought-stricken landscape. There is something ominous lurking seemingly just off-screen as Annik Leroy revisits the streets of Berlin, which seem emptied rather than empty. It is a lonely place, embracing the solitary flâneuse as she engages in a dialogue with writers whose quotes enter the image and the reverberating past, inarticulable but passed on by silent witnesses that wordlessly tell the tale of Europe's destruction. (I.M.)

Conversation with Annik Leroy after the screening