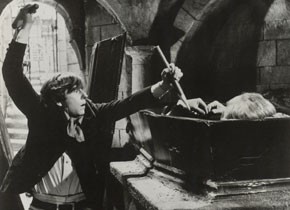 The Utopia of Film:

The Utopia of Film is a series of chapters – a sequence of constellations and questions which change on a monthly basis. Each chapter contains several films. The selected works are capable of standing on their own with their individual qualities, but the totality of each chapter also provides a specific context. The Utopia of Film tells a history of films in their relation to each other and to society.

Reduced tickets (2,50 €) are available for students with a valid membership.
Related materials
Download Film program cycle "The Utopia of Film" (PDF)
Share on