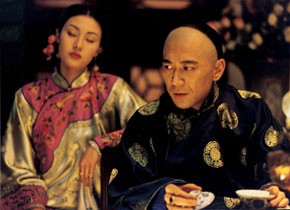 Hou Hsiao-hsien is a singular phenomenon in modern cinema: a master of elliptical storytelling, silence, concentration – and, at the same time, a national poet and chronicler whose work often deals with the blind spots in the history of his country, Taiwan. While the former characterization provides links to the "quietists" of our era such as Béla Tarr or Pedro Costa, the latter places him in a rich cinematic tradition that reaches from John Ford to certain European auteurs of the 1960s and 1970s (e.g. Fassbinder, Wajda, or Saura). In the end, however, Hou cannot be compared with any of these: he is too discreet, while also robust and grounded – even in those moments when we can sense the wind of the world's creation and destruction blowing through his works.

Hou’s explorations of the past never take an “official” or conventional shape. A City of Sadness (1989), The Puppetmaster (1993) and Good Men, Good Women (1995), his trilogy on the history of Taiwan from the Japanese occupation until well into the newly-founded republic, work their magic through restraint: an aesthetic of echoes rather than declamation. This is equally true for A Time to Live and A Time to Die (1985), which tells the story of the years 1947-1960 through the eyes of a new citizen and is based on Hou’s own childhood memories. The greatness of these films is not simply due to their powerful representation of historical turning points, but to the way in which they meld the political and the personal – they show how the state determines the daily life of every citizen, and how at certain points in time an individual decision affects the lives of all.

Whereas A Time to Live and A Time to Die and A City of Sadness still cling to relatively straightforward narratives, Hou employs increasingly complex and self-reflexive strategies in his films of the early 90s. In The Puppetmaster, documentary-style conversations with the titular character and staged scenes from his life are women into a meditation about memory and remembrance; in Good Men, Good Women, the story of an anti-Japanese resistance fighter becomes the starting point for a multi-fractured essay about the (im)possibility of representing history: mechanisms of repression may remain similar but the suffering is always different. This singular blend of classicism, Brechtian modernism and the aesthetics of Ozu turned Hou Hsiao-hsien into an axiom of world cinema after 1989.

Yet, his genius was noticed much earlier. Shortly after his birth on April 8, 1947 in the Chinese province of Guangdong, the Hou family escaped from the civil war to Taiwan, which became the center of the Republic of China after the takeover by the Kuomintang in 1949. How the country must have appeared to an adolescent can be gathered from Hou’s loosely connected 1980s tetralogy: The Boys from Fengkuei (1983), A Summer at Grandpa’s (1984), the aforementioned A Time to Live and A Time to Die and Dust in the Wind (1986).

During this phase of self-discovery – after having directed three highly charming and popular "dramedies" – Hou focused on tales of childhood and youth, which made him an ideal fit for the nascent “New Wave” in Taiwanese cinema. Together with Wan Ren and Tseng Chuang-hsiang, he created the omnibus film The Sandwich Man (1983) – a manifesto-like work for an entire generation. His most important creative collaborators also stem from this era: screenwriter Chu Tien-wen (a key figure in Taiwanese literature), cinematographer Mark Lee (Li Pingbin), writer-director-producer Wu Nien-jen, and the puppet master Li Tien-lu.

After the two cycles, Hou's work set out on a more meandering, “experimental” path, including two excursions to other film industries – Café Lumière (2003), a Japanese-produced tribute to Ozu. and the Parisian fantasy Le Voyage du ballon rouge (2007). His oeuvre branched out, taking the measure of other spaces and times. The here and now – Taiwan’s countryside in Goodbye South, Goodbye (1996) and the quasi-futuristic big city of Millennium Mambo (2001) – are observed with the same care and intensity as the distant past. The brothels and opium dens of late 19th century Shanghai are the setting of what may be Hou’s greatest masterpiece, Flowers of Shanghai (1998).

In 2005, his cinema found its most condensed form in a single episodic work: Three Times is headlined by a pair of actors who play three couples in three different eras. Everything that motivates Hou comes together here – his fascination with film as an instrument of experiencing time differently; his deep love of pop culture; his struggle with the idea of fate (he does not believe in it, but sometimes its presence cannot be ignored); and finally his intuition that even though Taiwan is a special place on earth, it is also, ultimately, one of many such places on this earth.

The retrospective was organized by Richard I. Suchenski (Center for Moving Image Arts at Bard College) with the help of Amber Wu (Taipei Cultural Center, NY) and made possible by the generous support of the Ministry of Culture of the Republic of China (Taiwan). Following its launch at the Austrian Film Museum, the show will be presented by several museums and cinematheques in North America and Europe.

A new English-language book about the filmmaker, edited by Richard Suchenski, will be published on this occasion: “Hou Hsiao-hsien” – Volume 23 in the series of FilmmuseumSynemaPublications. It contains numerous essays by European, North American and Asian writers, including Olivier Assayas, Peggy Chiao, Jean-Michael Frodon, Jia Zhang-ke, Kent Jones, James Quandt and Shigehiko Hasumi, as well as conversations with Hou Hsiao-hsien and his closest collaborators.