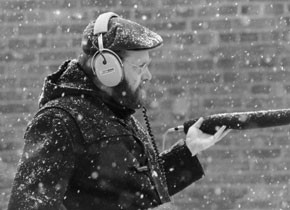 German filmmaker Klaus Wildenhahn is one of the most influential representatives of modern documentary cinema. His oeuvre in the tradition of a „direct cinema“ numbers 42 works to date and has left a lasting impression on several generations of European filmmakers. His work also includes writing and teaching on documentary film.

The five-day Wildenhahn programme is conceived to show the artist’s "multiple identities". In addition to presenting two of his own works, Klaus Wildenhahn will take the audience on a reflective excursion through film history, and in the process set forth a poetics of documentary. Under the heading "The Body of the Author", Wildenhahn's writings and readings will be interlaced with 15 films of his choice: works by Jean Rouch, Humphrey Jennings, Richard Leacock, Georges Franju, Henri Storck, and many others.