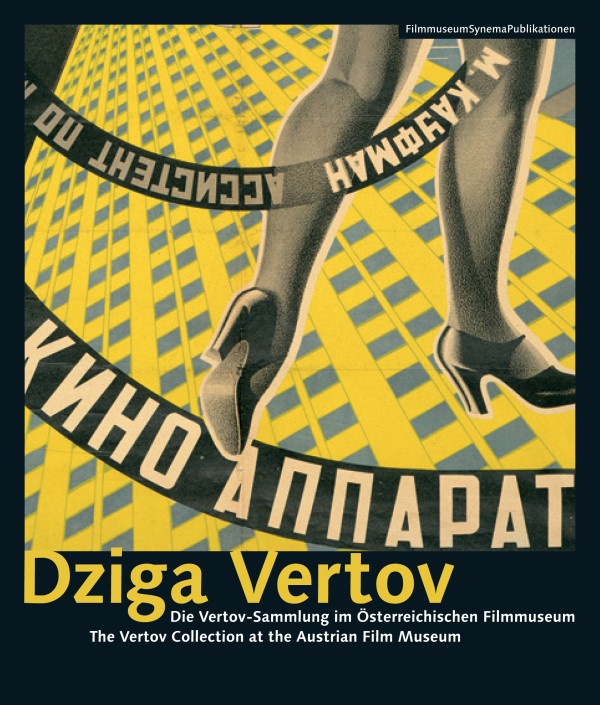 The Vertov Collection at the Austrian Film Museum
Price: EUR 20.00

For the Russian filmmaker and film theorist Dziga Vertov (1896–1954) KINO was both a bold aesthetic experiment and a document of contemporary life. This book presents the Austrian Film Museum's comprehensive Vertov Collection: films, photographs, posters, letters as well as a large number of previously unpublished sketches, drawings and writings by Vertov including his extensive autobiographical "Calling Card" from 1947. Additional essays and commentaries by the editors and international contributors intend to stimulate further academic and artistic projects and to "activate" Vertov's legacy for the here and now.

"An extraordinary collection of writings by and about Dziga Vertov." /  "In all, this material is a fascinating introduction to Vertov’s work for all and a temptation to travel for those of us having a more academic interest. Naturally the catalogue is sumptuously illustrated with over two hundred color and black and white illustrations. Even among these iconographic images of modernism are some new delights, including many photographs of Vertov’s filming group in action." (The Russian Review)

"This book opens a new path to the dizzy vertex of Dziga Vertov." (Seer. The Slavonic & East European Review)

Dziga Vertov. The Vertov Collection at the Austrian Film Museum