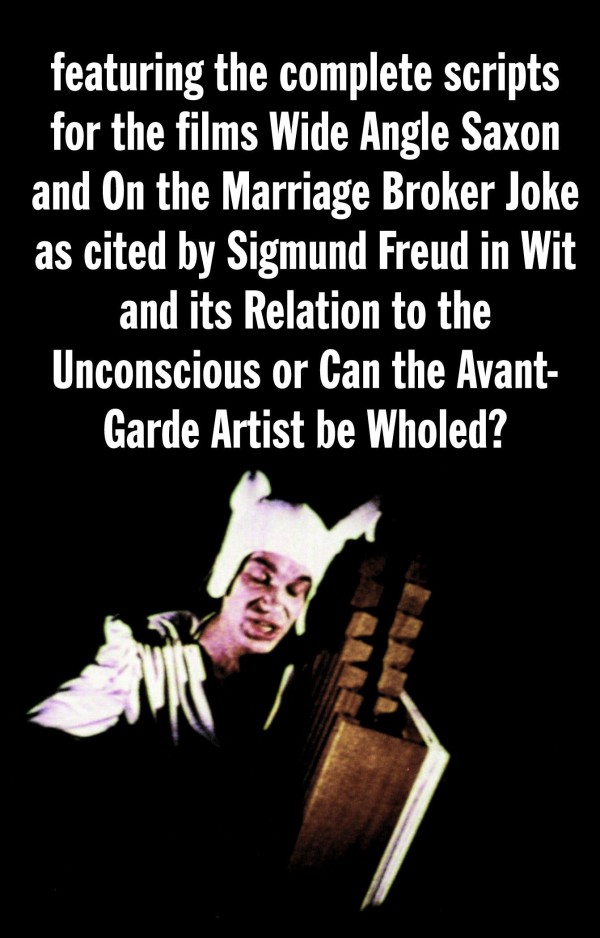 Two Films by Owen Land provides detailed insight into the work of legendary US filmmaker Owen Land (formerly known as George Landow). In 2003, the Austrian Film Museum restored the artist’s films and made them widely available again in conjunction with LUX (London). Reaching beyond the two films alluded to in the book title (the scripts of which are published here for the first time), this volume also includes a new interview with Land, a complete annotated filmography and recent essays by the artist.

Distributed by the Austrian Film Museum and LUX, London / Vienna 2005. 131 pages, with 52 b/w illustrations and a biography, bibliography and annotated filmography. In English