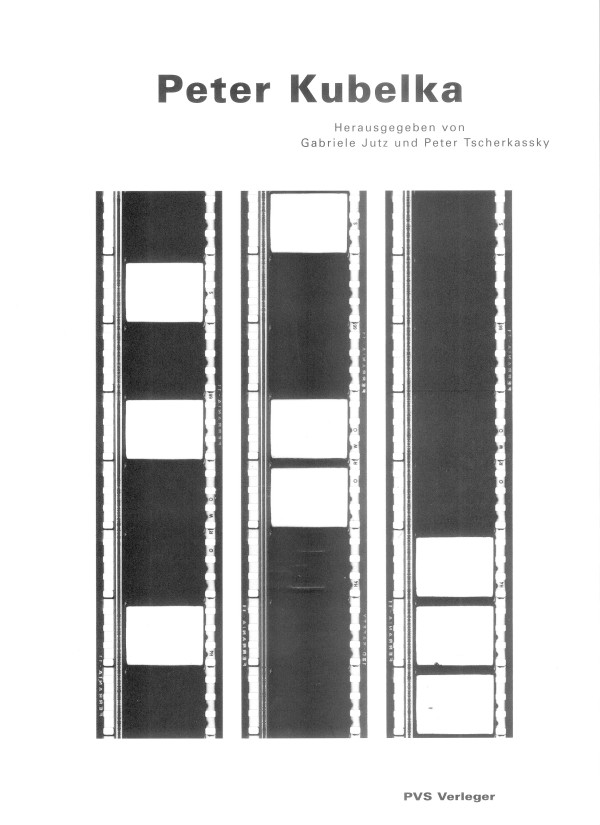 The definitive book about one of the essential artists in modern cinema. Peter Kubelka, creator of radical masterpieces such as Arnulf Rainer (1958-60) and Our Trip to Africa (1966) is also known internationally for his work as a teacher-philosopher - connecting the areas of art, cooking, filmmaking, music and archaeology in his lectures. "A polemical filmmaker" is a term often used in English-language texts about the artist. For those who know him personally, it is much easier: "disputatious, ironic, sarcastic", in any case "feisty" - that's what "polemical" ought to mean. This volume embraces the "polemical" man as well as the theorist and filmmaker.

Distributed by the Austrian Film Museum, Vienna 1995. 255 pages, with more than 100 color and b/w illustrations and a detailed biography, bibliography and filmography. Included is a separate Special Edition of the filmmaker’s "scores" printed in poster format. In German