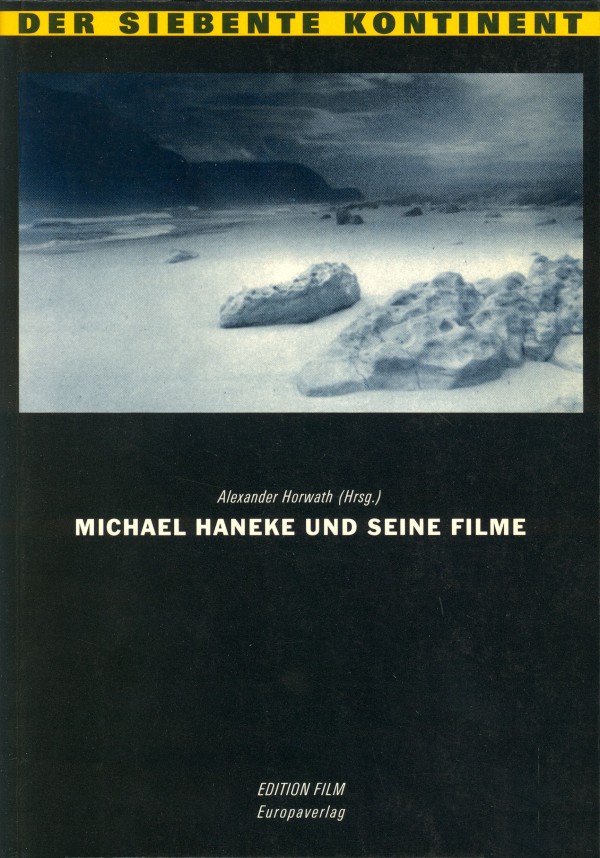 The first book about Michael Haneke, one of the major figures in contemporary world cinema, introduces the filmmaker with a focus on his early work since 1974 and his groundbreaking film The Seventh Continent (1989). The volume includes the full script of this film with illustrations from the director's "working scrapbook". The editor’s introductory essay and a long interview with the director give an overview about Haneke's career and aesthetic preoccupations; further contributions deal with The Seventh Continent and Haneke’s work for television during the 1970s and 80s.

Distributed by the Austrian Film Museum, Vienna 1991. 216 pages, with 53 b/w illustrations, a biography and filmography. In German