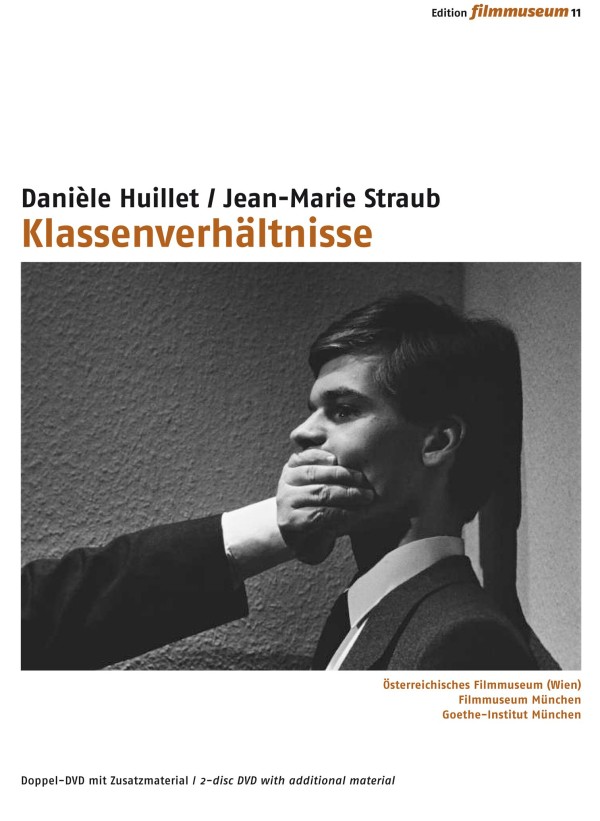 Based on Franz Kafka's unfinished novel "Der Verschollene", Klassenverhältnisse doesn't deal with the real United States but it is rather an allegory taking place at no specific time in history. Straub/Huillet's film is about class relations and about a society utterly cruel, capricious and ludicrous as it is shaped by capitalism.

This 2-disc DVD offers a film transfer supervised by the filmmakers, two rare documentaries (by Harun Farocki and Manfred Blank) about the work on the film, as well as unpublished rushes and photos from the shooting. The ROM section features additional material such as scripts, the shooting schedule, an interview and excerpts from a press conference with the filmmakers, and a book about the film (in German).

"DVD of the year. Buy it, watch all of it, and thank me later." (Cinema Scope)
"A must-own package for anyone remotely interested in the work of Straub-Huillet" (filmjourney.org)