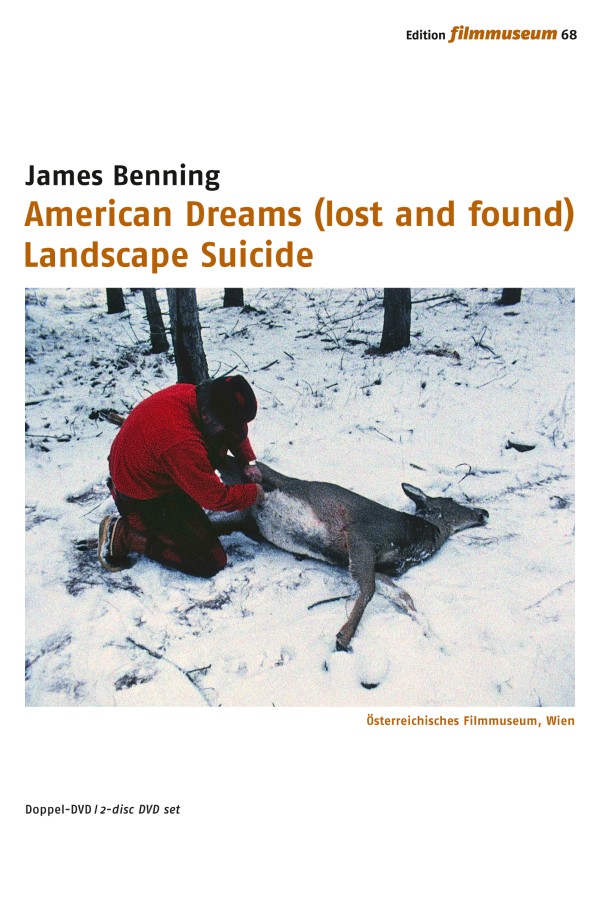 For 40 years, James Benning has been a singular, defiant voice in the American independent film scene. This 2-disc set – the first in a series devoted to the filmmaker's oeuvre – features two of Benning's seminal works from the mid-1980s for the first time ever on DVD: American Dreams (lost and found) is the filmmaker's personal take on the history of the USA from 1954 to 1976, told through a complex and thought provoking amalgamation of image, text and sound. In Landscape Suicide, he effortlessly strides the boundaries of narrative and documentary forms as he recounts two infamous murder cases that took place almost 30 years apart. Both films are presented in newly restored versions.

"The performances of both actors, Rhonda Bell and Elian Sacker, are extraordinary achievements, and the chilling, evocative landscapes have their own stories to tell, the fusion of the two creates gaps that not even the film's confusing title can fill, but the space opened up is at once powerful and provocative." (Cinema Scope)

"These are films designed to prompt contemplation, provoke debate and, as a result, to return to again and again." (The Digital Fix)

All Regions, 4:3 PAL
20 page bilingual booklet (in English and in German) with contributions by Barbara Pichler, James Benning, Alexander Horwath and Michael Loebenstein