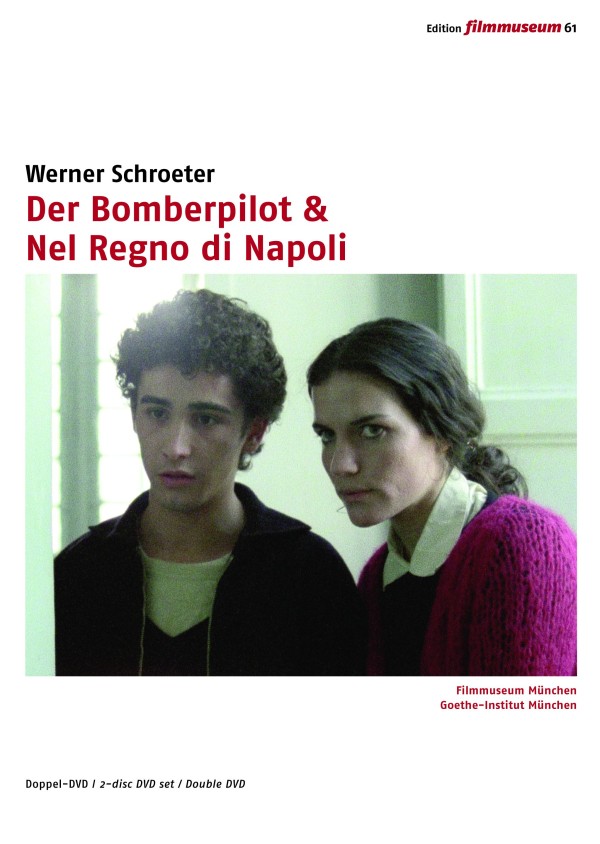 The 2-disc DVD set presents new restored versions of two rare classics by Werner Schroeter connecting private stories with history: Der Bomberpilot tells the story of three eccentric women in Germany during the Nazi period who try to become show stars in America after the war. Nel Regno di Napoli is a chronicle of post-war Italy told from the perspective of a Neapolitan family. Additional features are an interview with Werner Schroeter by Gérard Courant, a video showing Werner Schroeter in a talk with the audience at the Austrian Film Museum, and stills from the shooting of Nel Regno di Napoli by Digne M. Markovicz.