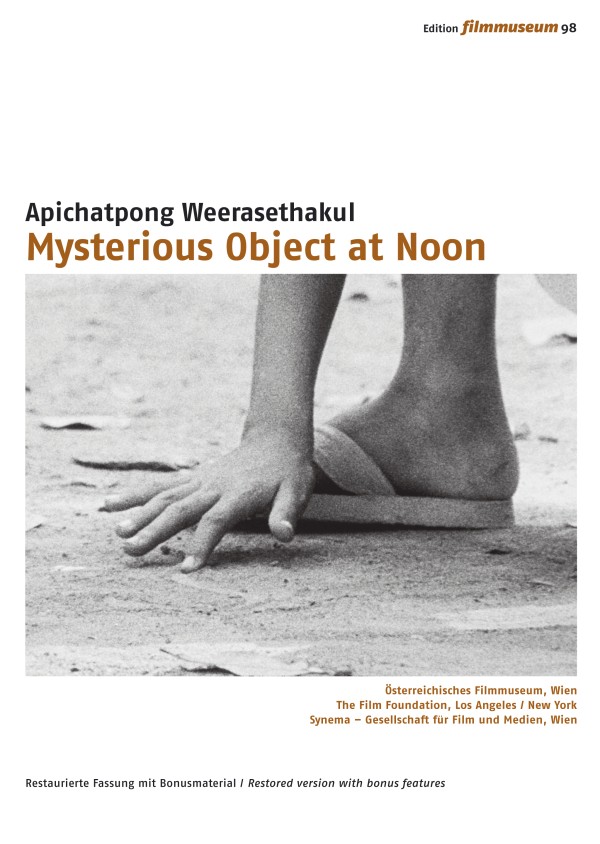 With his debut feature, Mysterious Object at Noon, acclaimed Thai filmmaker Apichatpong Weerasethakul expertly blended cinematic fact and fiction in a manner that fifteen years later continues to defy both categorization and comparison. A low-fi "genre bender," independently produced on a shoestring and subsequently endangered by neglect, Mysterious Object at Noon has now been painstakingly restored by the Austrian Film Museum and The Film Foundation from the best surviving elements. This DVD release also includes three short works, selected by the director himself, plus the Austrian Film Museum's now out-of-print monograph on Apichatpong Weerasethakul from 2009 as an exclusive DVD-ROM feature.

"For all its vivid colourful richness and tenacity, the art and cinema of Apichatpong Weerasethakul has its origin tale bound up in this grainy monochrome feature that starts out promising its own fairytale ('once upon a time...') but seems at first to want to sketch the poverty of life in a Thai city. ... I haven't been so charmed by a debut feature coupled with shorts in a long time." (Nick James, Sight & Sound)

256 page book in PDF format as a DVD-ROM feature