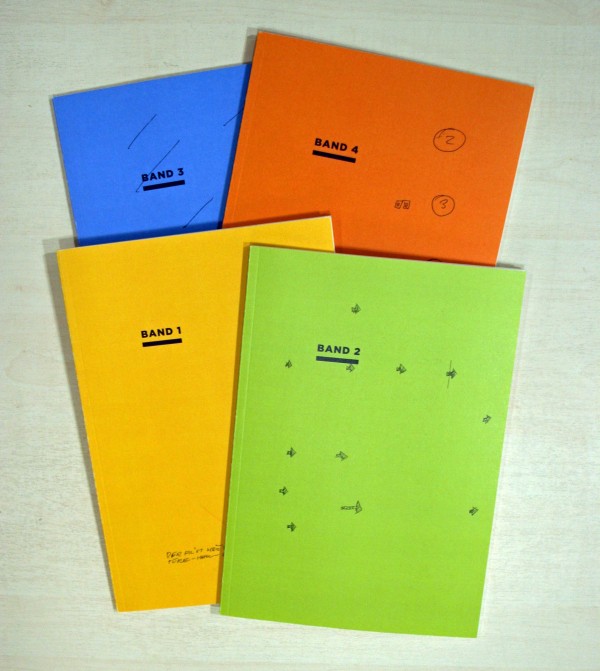 Hanna Schimek's four artist's books present a selection of still drawings as an independent artistic medium, contrasting them with a visual atlas of film stills and associative photographs. Pictorial memory – both in its collective, cultural form and its individual expression – is a central theme. Schimek's visual-gestural engagement with the cinematic material and its multifarious significations derives from months of film archival research, with the editing table turning into a drawing board. The thematic arc is formed by pornographic and militaristic imagery (viewed during research for Gustav Deutsch's compilation film Film ist. a girl & a gun) and by films of urban life, mainly from an avant-garde and amateur background (viewed in the framework of the interdisciplinary research project Film.Stadt.Wien).