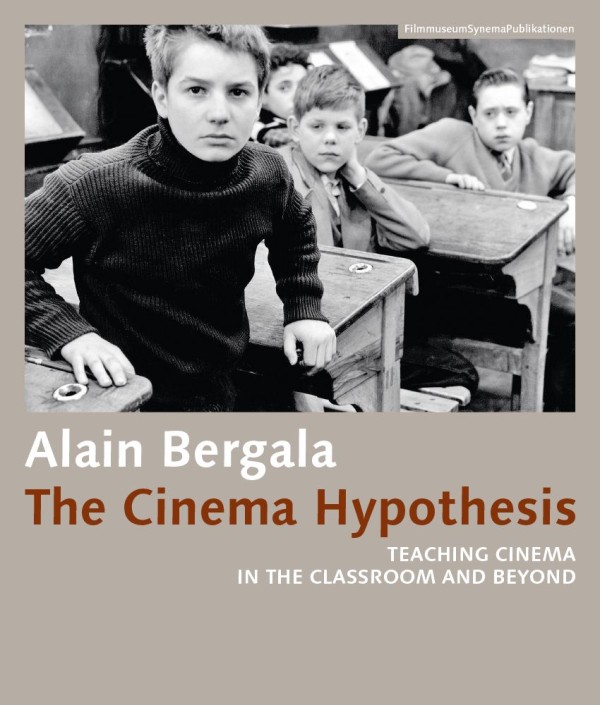 Teaching Cinema in the Classroom and Beyond
Price: EUR 16.00
Alain Bergala's The Cinema Hypothesis is a seminal text on the potentials, possibilities, and problems of bringing film to schools and other educational settings. It is also the passionate confirmation of a love for cinema and an attempt to think of art-education differently. The book stages a dialogue between larger concepts of cinema and a hands-on approach to teaching film. Its detailed insights derive from the author's own experiences as a teacher, critic, filmmaker and advisor to the French Minister of Education. Bergala, who also served as chief editor of Cahiers du cinéma, promotes an understanding of film as an autonomous art form that has to be taught accordingly. Confronting young people with cinema can create friction with established norms and serve as a productive rupture for both institution and pupil: perhaps more than any other art form, the cinema enables a lived, intimate experience of otherness.

Published in collaboration with the British Film Institute, Creative Scotland, and Scottish Film Education, this edition is complemented by an introduction about Bergala's vision of film education from the perspective of a museum institution and an extended conversation with Bergala on the occasion of this first English-language publication.

Alain Bergala was chief editor of Cahiers du cinéma and director of the Cahiers book publications. He is the author of books about the work of Jean-Luc Godard, Robert Rossellini, Ingmar Bergman, Abbas Kiarostami, Luis Buñuel, and about the act of creation in cinema. He has directed numerous films for both television and cinema and, from 2000 to 2002, served as cinema consultant to the French Ministry of Education. He is professor at Paris 3 Sorbonne nouvelle, teaches at the film school La Fémis and has curated the exhibitions Erice-Kiarostami: Correspondences at Centre Pompidou as well as Brune Blonde and Pasolini Roma at the Cinémathèque française.

"The Cinema Hypothesis is actually an erudite and absorbing deliberation on cinema's receding cultural status, and a passionate appeal for its rescue ...". (Fandor)

"The Cinema Hypothesis must be of considerable interest to those involved in teaching cinema on any level. ... When Bergala discusses what he calls "the pedagogy of creation" he lays out ideas invaluable to anyone who wants to seriosly think or write about movies." (Sight & Sound)

"The ingenuity of the book doesn't primarily lie in its value for educational purposes but in the ideas it formulates about the essence, theory and practice of film." (Jugend ohne Film)

Alain Bergala
The Cinema Hypothesis. Teaching Cinema in the Classroom and Beyond
FilmmuseumSynemaPublikationen Vol. 28
Translated from the French by Madeline Whittle
Vienna 2016, 136 pages, in English
ISBN 978-3-901644-67-2
Table of Contents - The Cinema Hypothesis (PDF)