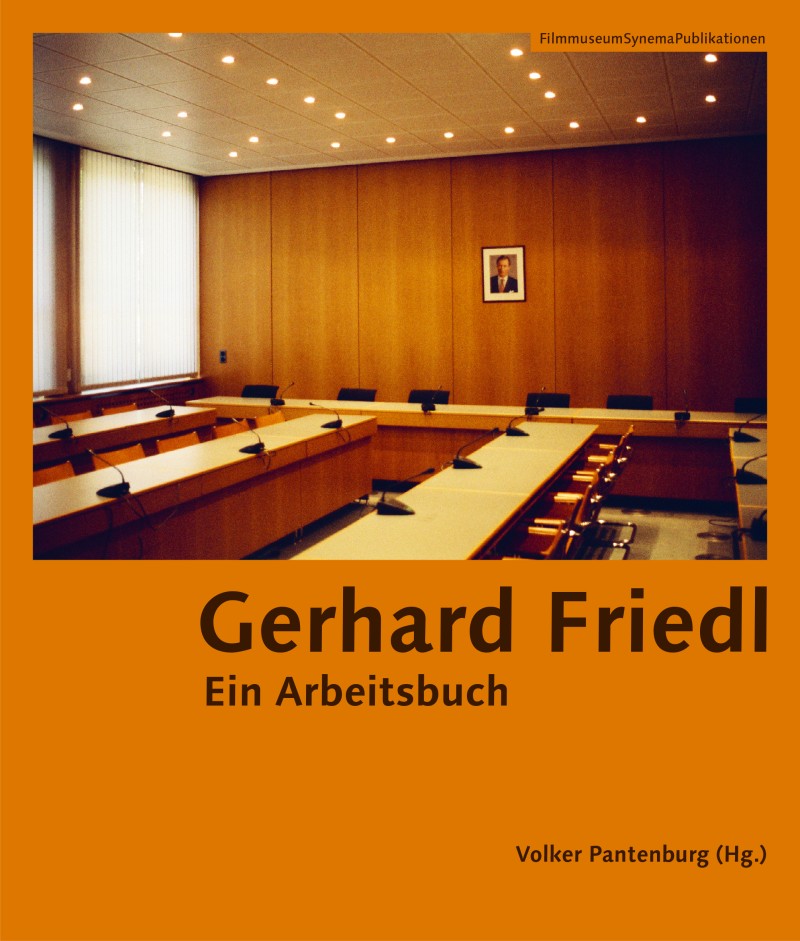 Ein Arbeitsbuch
Price: EUR 22.00
Austrian director Gerhard Benedikt Friedl (1967–2009) left a small but singular oeuvre. His two films Knittelfeld: A Town Without a History (1997) and Wolff von Amerongen – Did He Commit Bankruptcy Offenses? (2004) are formally rigorous documentary investigations that combine an erratic voice-over commentary with patient observational camera movements. Informed by his studies of philosophy, Friedl invented a unique method of exposing the conjunction between politics, history, and violence in twentieth-century European capitalism. He embarked on a project investigating the history of the workers' struggle in the U.S., but decided to abandon it after a research trip convinced him of the difficulties in finding any remaining echoes of this movement. Traces of the project can be discerned in his final work Shedding Details (2009), codirected by artist Laura Horelli.

This book sheds light on the work behind Friedl's films. It combines working process documentation, including photographs, project drafts, and excerpts from his correspondence, with conversations with close collaborators. At the same time, the juxtaposed material traces the path from Friedl's first short films to several unfinished projects undertaken around the time of his premature death. In addition, it republishes the articles Friedl wrote as a film and art critic and highlights his work as a film teacher and occasional curator. The volume contains contributions by Gerhard Friedl, conversations with Rudolf Barmettler, Ivette Löcker, Laura Horelli, and others, as well as an introductory essay by editor Volker Pantenburg.

"Gerhard Friedl saw cinema as a working tool, a means of breaking up or blasting open the fabric of society. Termite cinema—that is to say, the art of punching holes in the blinding confines of our worldview." (Alexander Horwath)