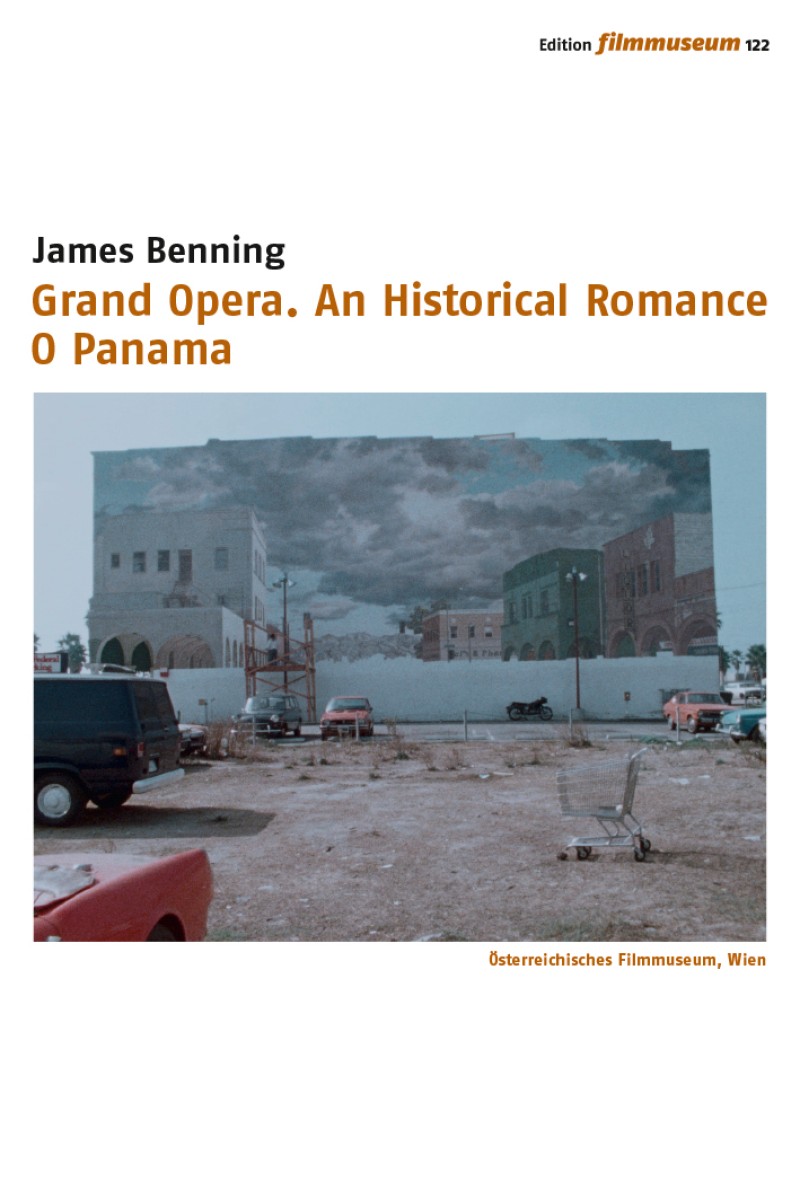 James Benning
Price: EUR 19.90
In James Benning's Grand Opera. An Historical Romance (1979) the static landscapes and cityscapes that made his name by the  late 1970s are augmented with a number of experiments with established forms and conventions and a brief homage to four icons of the avant-garde: Hollis Frampton, George Landow, Yvonne Rainer, and Michael Snow. What distinguishes Grand Opera and sets it apart from Benning's previous work is the  ﬁlm's engagement with history – both the ﬁlmmaker's personal biography as well as that of cinema. O Panama (1985) is Benning's only ﬁlm based on ﬁctional material (a collage of three short stories written by Burt Barr). The ﬁlm resembles a sick man's (Willem Dafoe) fever dream, deftly blurring the lines between reality and fantasy.

Language: English OV (Subtitles: German); No dialogue
All Regions, 4:3 PAL
20-page booklet with two conversations between James Benning and Neil Young in English ("James Benning's Life (Of pi). Grand Opera. An Historical Romance" and "A Man, a Plan. O Panama") and an essay by Barbara Pichler ("Grand Opera - An Iconography of the Midwest") in German and English.