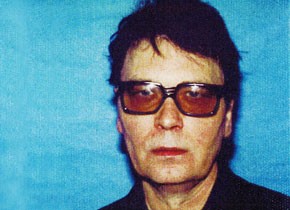 In 2002, the Austrian Film Museum devoted a comprehensive retrospective to the works of the Austrian artist and filmmaker Dietmar Brehm, accompanying the show with a richly illustrated publication. In the meantime, Brehm has been anything but inactive. Aside from several outstanding films involving subjects that were new to him (the "Naturalistic Films") and the masterpiece Halcion (2007) which premiered at documenta 12, Brehm intensified his work with a medium which he had hitherto only employed "in secret": video and digital image processing.This has led to the making of more than 15 videos, intense "incursions" which are partly based on earlier works and on videotapes that he had made for private purposes since 1992. The two major video works Block-1 and Praxis 1-3 will receive their world premiere in this confrontation with Dietmar Brehm's newest creations. It will be an opportunity to discover an artist who, with the assistance of new media, gives a completely new twist to his very personal form of Pop Art.