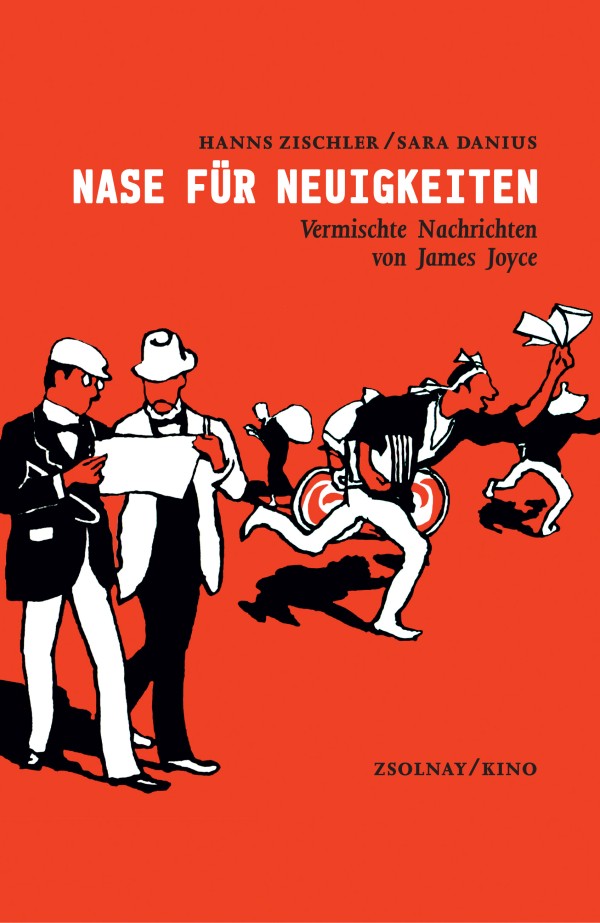 Vermischte Nachrichten von James Joyce
Price: EUR 18.00
Nase für Neuigkeiten is an innovative attempt to illuminate the cross-fertilization between Early Cinema, the culture of newspapers and modern literature. The book, written by the German actor and essayist Hanns Zischler and the Danish literary scholar Sara Danius, focusses on James Joyce as a young man. From October 1904 to March 1905 Joyce lived in the "godforsaken" harbour town of Pola on the adriatic coast – as an English teacher, and as an avid watcher of movies and reader of the local daily newspaper.

Just like in his 1996 book Kafka goes to the Movies, Hanns Zischler shows us new ways of looking at a great writer. The book demonstrates how James Joyce, in the midst of the Habsburg monarchy's fading glory, and surrounded by the daily razzle-dazzle of printed and projected faits divers, discovers forms of narration which will revolutionize literary writing in the modern era.