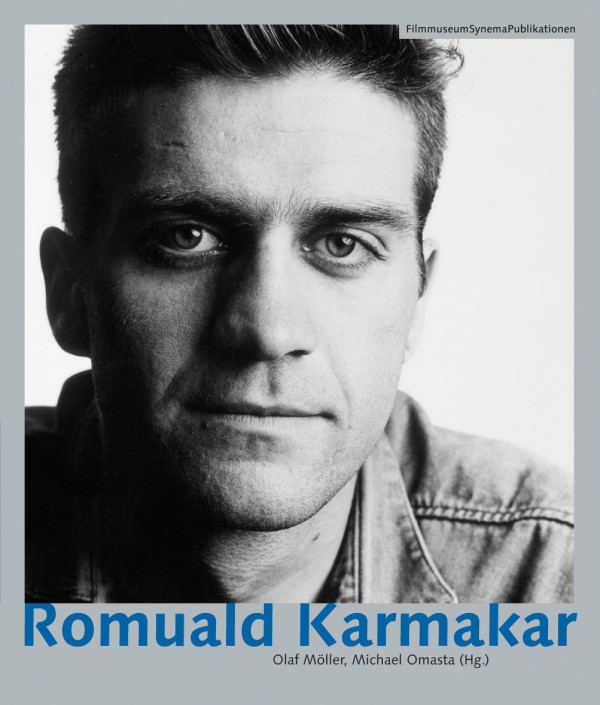 Romuald Karmakar's work in the fields of fiction and documentary holds a unique place in European film. It also stands in clear opposition to the dominant ways of the German film industry – both aesthetically and in its head-on treatment of several sore spots in German history. Time and again Romuald Karmakar has engaged with "impossible" characters and "borderline" subjects: mercenaries, a notorious Nazi speech, the terror of being in a relationship, an imprisoned serial killer, or what it means to truly experience electronic and techno music.

The international success of Karmakar's first fiction film, Der Totmacher (1995), was as surprising as the violent controversy triggered by some of his other masterpieces, such as Warheads (1989-92), Manila (2000) or Die Nacht singt ihre Lieder (2004). Each new work of Karmakar's is a challenge, for both the filmmaker and the audience.

The book presents Karmakar's work in its entirety for the first time. It includes a 130-page essay by Olaf Möller, several conversations with the artist, an annotated filmography, and selected writings by Romuald Karmakar, including a number of unproduced treatments.

"Olaf Möller's knowledge about Karmakar is vast, and each page here is proof of a striking conversation between a critic and a filmmaker." (TAZ – Die Tageszeitung)

"A feast for both the eyes and the mind." (Ray magazine)