Research in the collections of the Film Museum is possible for scientific, artistic and commercial purposes. Since the 1960s, many scholars, artists and filmmakers, as well as commercial media enterprises have been using the material of the museum in varied ways. In addition, the Film Museum Library, Austria's largest film-related resource of its kind, is open to the public. It is also possible, by prior appointment, to view films from the video collection comprising several thousands of titles. Requests for information on the film collection (film searches, viewing options) for research purposes should be directed to 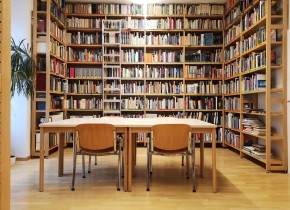 Requests for information on the media library inventory and registration for the video viewing station: This web-page provides essays, lecture transcripts, policy papers and conversations on topics that are central to the work of film museums and archives. The complete archive of all programs presented by the Austrian Film Museum, from its founding to the present day, is available online.

In the early decades of film history, film was neither appreciated as an art form nor as a significant document; thus, little attention was paid to its preservation. Film was just another piece of merchandise, a consumer product which was customarily thrown away or recycled after its first use in the cinema. Even Thomas Alva Edison called his own creation a "useless invention".

Those works which weren't immediately destroyed usually met with a dire fate sooner or later. Early celluloid (so-called "nitrate film") is highly inflammable and, if not stored at cool temperatures and carefully regulated humidity levels, it decays and eventually literally crumbles to dust. This explains why many films from the 1890s to the 1940s (and even later) have survived only in fragmentary form. Working closely with historians from various fields, the Film Museum endeavours to identify such films and to search for additional materials throughout the world.

The resulting knowledge has benefited both academic projects (dissertations, book and DVD publications) and film or television productions (such as historical documentaries) or museum exhibitions. Last but not least, the results of such research add to our ongoing presentation and educational programmes.