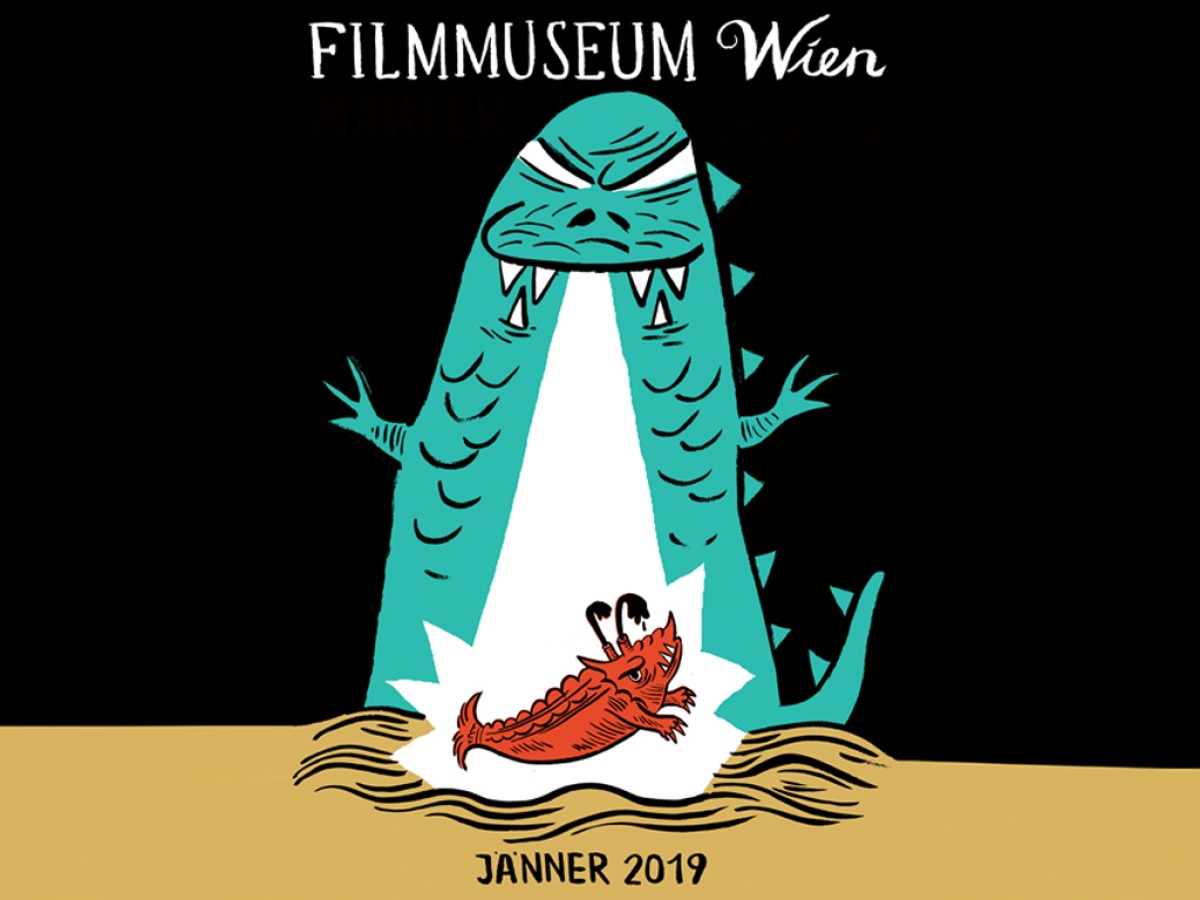 In a monsterclass conversation with Christoph Huber, the artist will give insight into the laborious process that went into the making of his new work. Mahler will also present a number of cinephile comics (as well as previously unpublished pieces of film criticism!) reflecting his time as a Film Museum regular in the eighties. As bonus goodies, special Mahler merchandise reinterpreting the traditional Film Museum design will further glorify the occasion. Though it goes without saying, signed copies will be available.

After the presentation, the Film Museum will honor Tsuburaya Eiji's memory with the original Godzilla, his most famous legacy – at least in spirit: "All of that belongs to the studio. None of it is mine."
Related materials
Photos 2019 - Nicolas Mahler
Posters   Monsterclass Nicolas Mahler - Dimensions 84 x 59,5 cm
Link Nicolas Mahler
T-Shirt special edition from Nicolas Mahler
Share on