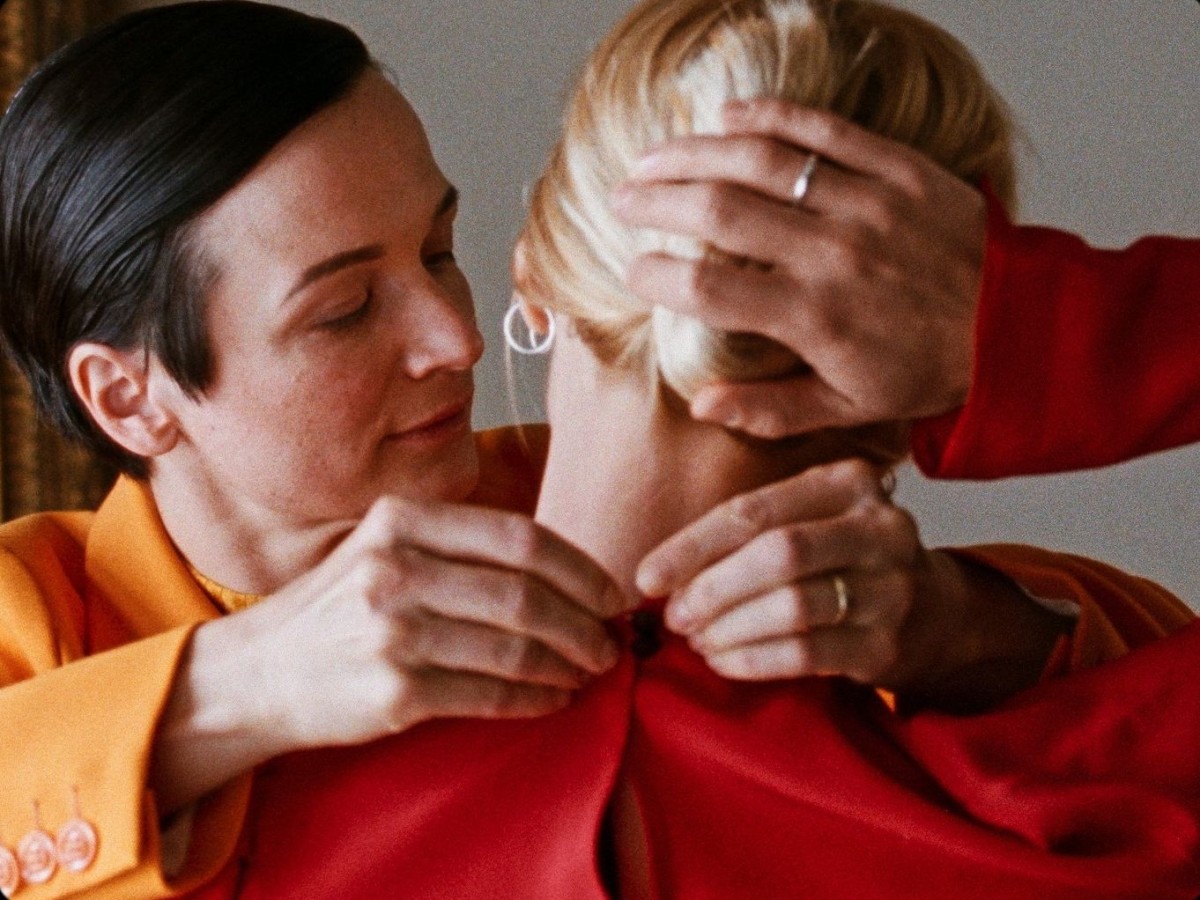 In Dear Darkness, Antoinette Zwirchmayr shows the clash of three former best friends in a villa out of another time. She stages them and all their expectations, insecurities, and fears in twelve images in rooms exuding the stately sheen of a lost era and the sober abstraction of a black box. Trapped between the wish to project a good image while also opening up to each other, the women bide their time and come to a standstill. But in an interplay of bodies and speech, poses and gazes, decorations and costumes, the chamber piece transitions into enigmatic movement. A film in the realm of highly compressed signs and allegories with references ranging from melodramas and minimalistic art to love songs and absurdist theater. (Esther Buss / Translation: Ted Fendt)

With Teresa Rotschopf, Lukas Lauermann and the film team in attendance

Concert with music from the film Dear Darkness