Case Study #1: Amos Vogel and the "mysterious" knowledge of the curator

Amos Vogel, who would become one of the most influential figures in international film culture, left Austria for the United States in 1938. What motivated the curatorial enterprises he launched there was "kind of mysterious" to him. In one in a series of interviews conducted for an oral history project between 1993 and 1995, he remarks: 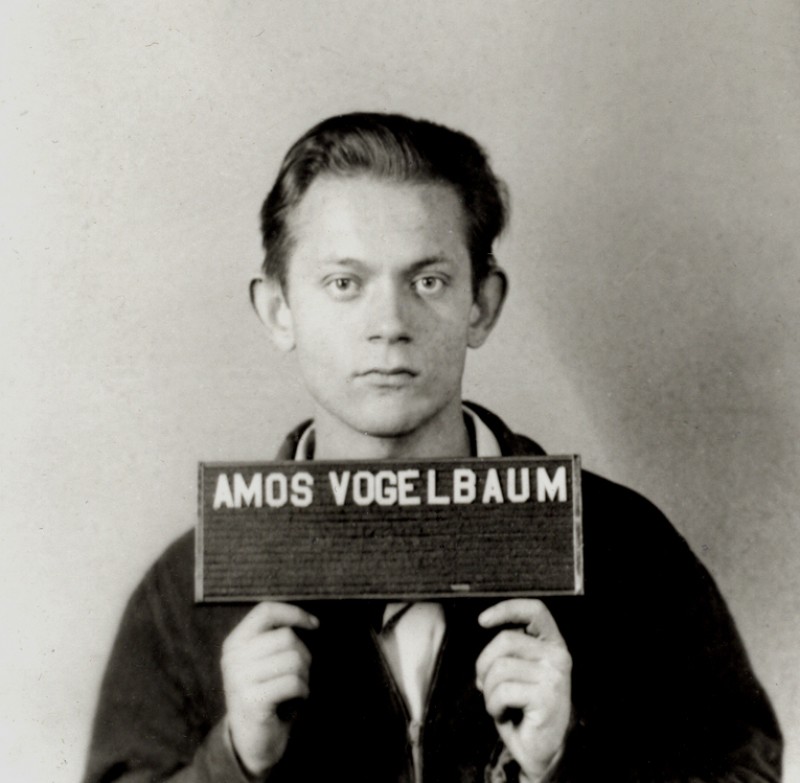 "One interesting thing, to me, that's kind of mysterious, and I've often thought about it ... Of course, you can't come up with a good answer to it, but it's a very worthwhile question: how is it that I was able to pick out who was significant, or even subsequently significant and who was not, you see?" (Vogel 1995:110)

Before delving into this presumably intractable but certainly "worthwhile" mystery, Vogel reflects on the double-edged quality of his extraordinary talent. Curatorial decisions, he observes, always result in both inclusions and exclusions:

"Festival directors are gatekeepers. They either open the gate or they close the gate." (Vogel 1995:110)

Whatever the elements may be that tip the balance toward inclusion or exclusion in a given instance, they suggest the complex processes that occur in the construction of curatorial knowledge. For his own case, Vogel identifies two seminal influences: "So, one thing I have come to, in terms of myself in relation to this question is that there were two factors. One was the way I was educated as a kid, and the other one was my interest in modern art." (Vogel 1995:110f)

As regards education as the first aspect of his "curatorial formation," it is worth noting that Vogel ascribes far less importance to the various educational models and pedagogical innovations that he encountered in his childhood and teenage years in Red Vienna and in Zionist youth associations than to the role played by his mother:

"The way I was educated – I just want to make a brief remark about this – since my mother was an educator and very progressive, very open to the existing tendencies in her culture at the time – she gave me that education; namely, to constantly expose me to new things and to either evoke my interest in things I might not even have known I would be interested in, or to foster the interest I expressed." (Vogel 1995:111) 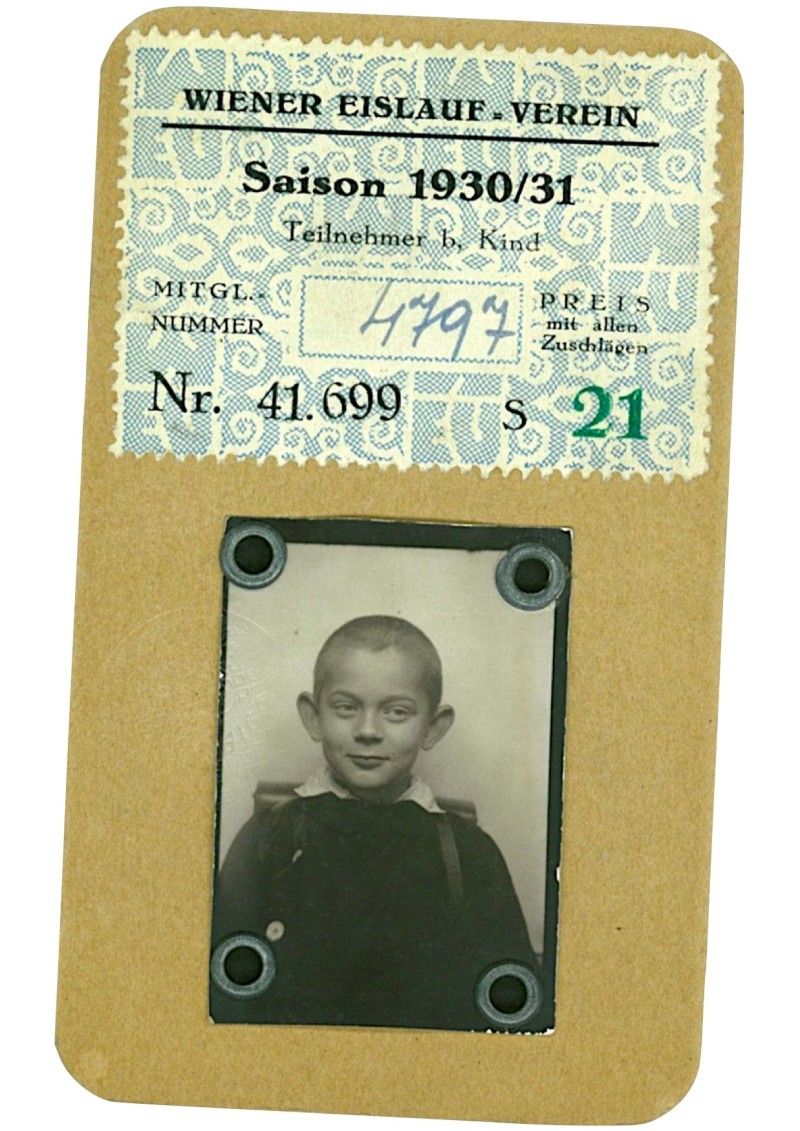 Specifically, his mother, Mathilde Vogelbaum, an elementary-school teacher, was actively involved in the pedagogical projects of Alfred Adler, the founder of the school of individual psychology, who regarded the practice of educators as a key touchstone of all theorizing. A leading author of the school and educational reforms in left-wing interwar Vienna, Adler fled the Austrofascist government in 1934, settling in the United States, where he had held a visiting professorship at Columbia University for several years. Mathilde Vogelbaum presumably expected to continue her work as an educator in the United States, but Adler's unexpected death in 1937 dashed such hopes. What is certain is that she was a woman of prodigious pedagogical abilities and knowledge, which allowed her to stimulate and nurture her son's interests:

"The interest expressed went both in the direction of writing and reading, and in the direction, not so much drawing or anything like that – I wasn't good at that, actually – but in the direction of looking and seeing things, museums and paintings and this and that. There was definitely a very open spirit and a spirit that encouraged me, as a child. I remember that distinctly, you know." (Vogel 1995:111) One important setting in which Vogel had encountered this open and encouraging spirit were the children's and juvenile art courses led by Franz Čižek: a handwritten schedule dated 1927 that is among his papers at Columbia University shows that, at the tender age of six, he spent the hours between 4 and 6 p.m. every Saturday afternoon in a class that put the ideas of this internationally renowned art-pedagogy reform movement into practice. Čižek did not limit the work in his classes to visual art, instead conceiving them as "a haven for gifts. For once the artistic element has been awakened in the soul, it will make the work in any profession creative." (Čižek 1925:67) Although Vogel takes a critical view of his own skills as a visual artist, the cartoonish short stories and anecdotes he advertised and sketched at irregular intervals – he even started a publishing venture called "Diabolo" (Vogelbaum 1928) for them  – are of cinematographic interest: with the means of graphic art and typography, many of them resolve absurd or grotesque plots into individual frames. 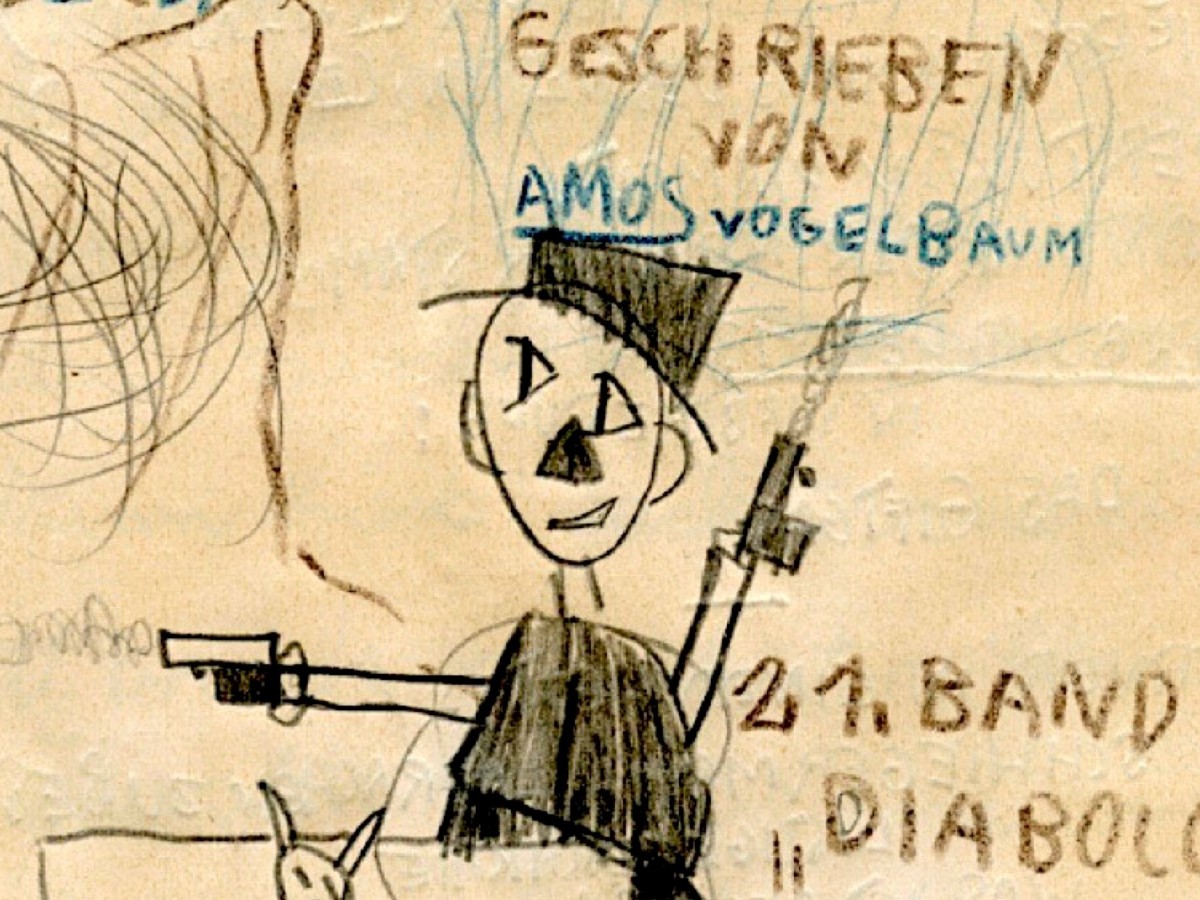 Yet it is the September 1932 issue of the Junior Red Cross's circular, dedicated to Čižek's juvenile art class, that contains what is arguably the most striking example for the emergence of a specific (curatorial) angle from which Amos Vogelbaum is beginning to see and consider things. Following the handwritten prompt on the title page – "I'm in here! Turn over!" – the reader encounters the future curator's first published review:

"What I like best are the works by small children. One picture I saw was titled 'Street from Above.' People lay on the sidewalk, and a car stood in the street. But the little painter wanted to paint the wheels as well. What did he do? He painted them next to the car." (Vogelbaum 1932) 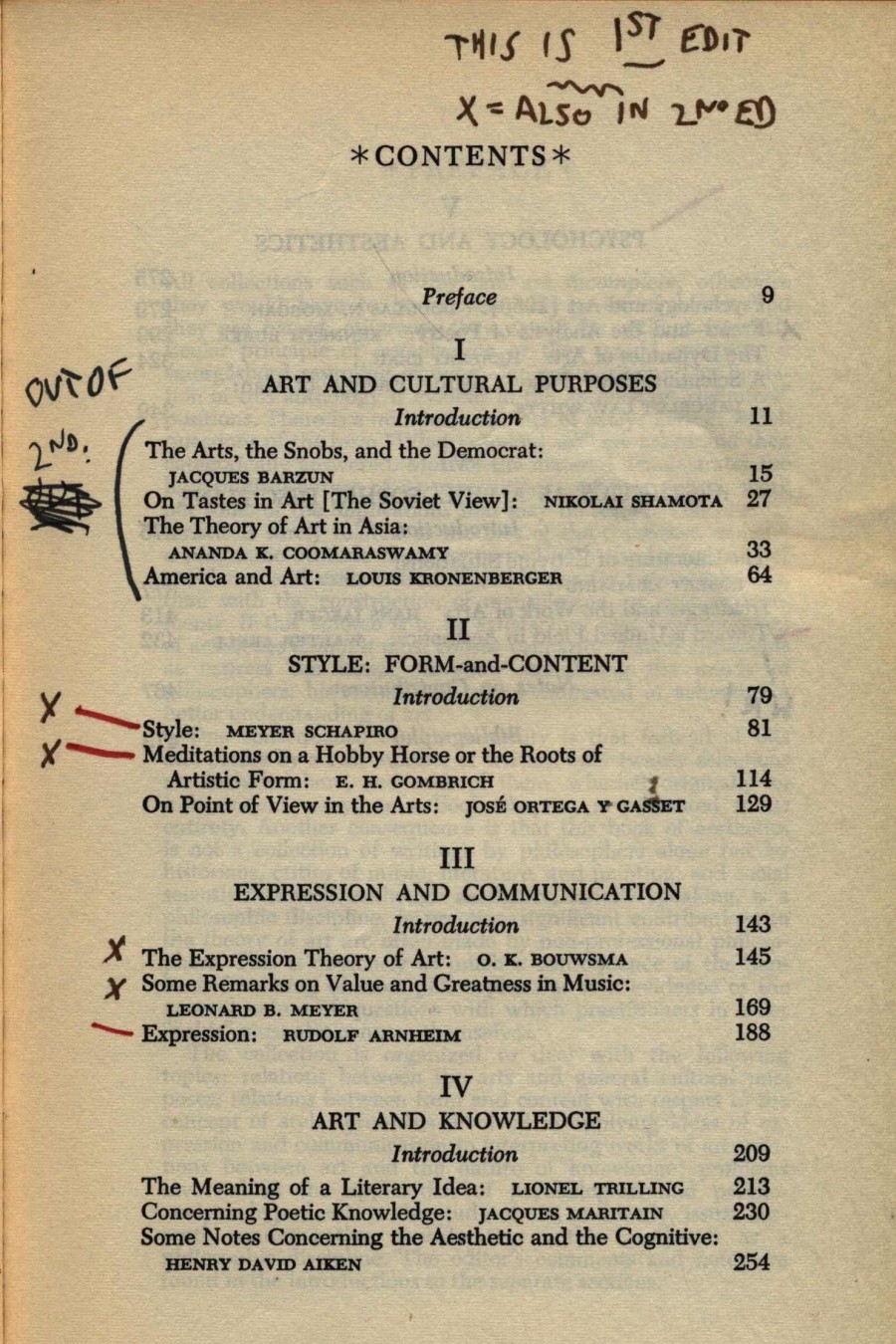 Let us turn to the second aspect that Vogel highlights in the genesis of his curatorial knowledge:

"The other thing is an interest in modern art. Yes. Consciously, that began to be very active only after I came to the United States. Unconsciously, it must have started in Vienna, and lots of museums, Kokoschka, Schiele, Klimt. So, it means it only started when I got to be an adult, really. It went quite far. It means not only attendance at museums, going to museums and looking at a lot of stuff, but also lectures and courses and reading. A huge influence on me was Meyer Schapiro, the art historian and critic, because he gave lectures all over, classes, and I attended as many of those as I could. I remember I was absolutely bowled over ... Well, I wasn't the only one. Have you ever attended his lectures?" (Vogel 1995:111f).

Vogel first met Meyer Schapiro in the early 1940s, at the New School for Social Research, where the young immigrant had enrolled to study political science and economics. The ideas the teacher discussed sharpened Vogel's thinking about a host of subjects that ranged well beyond his work as a film curator; Vogel's personal library provides surprising insight into this fruitful and sustained intellectual engagement. 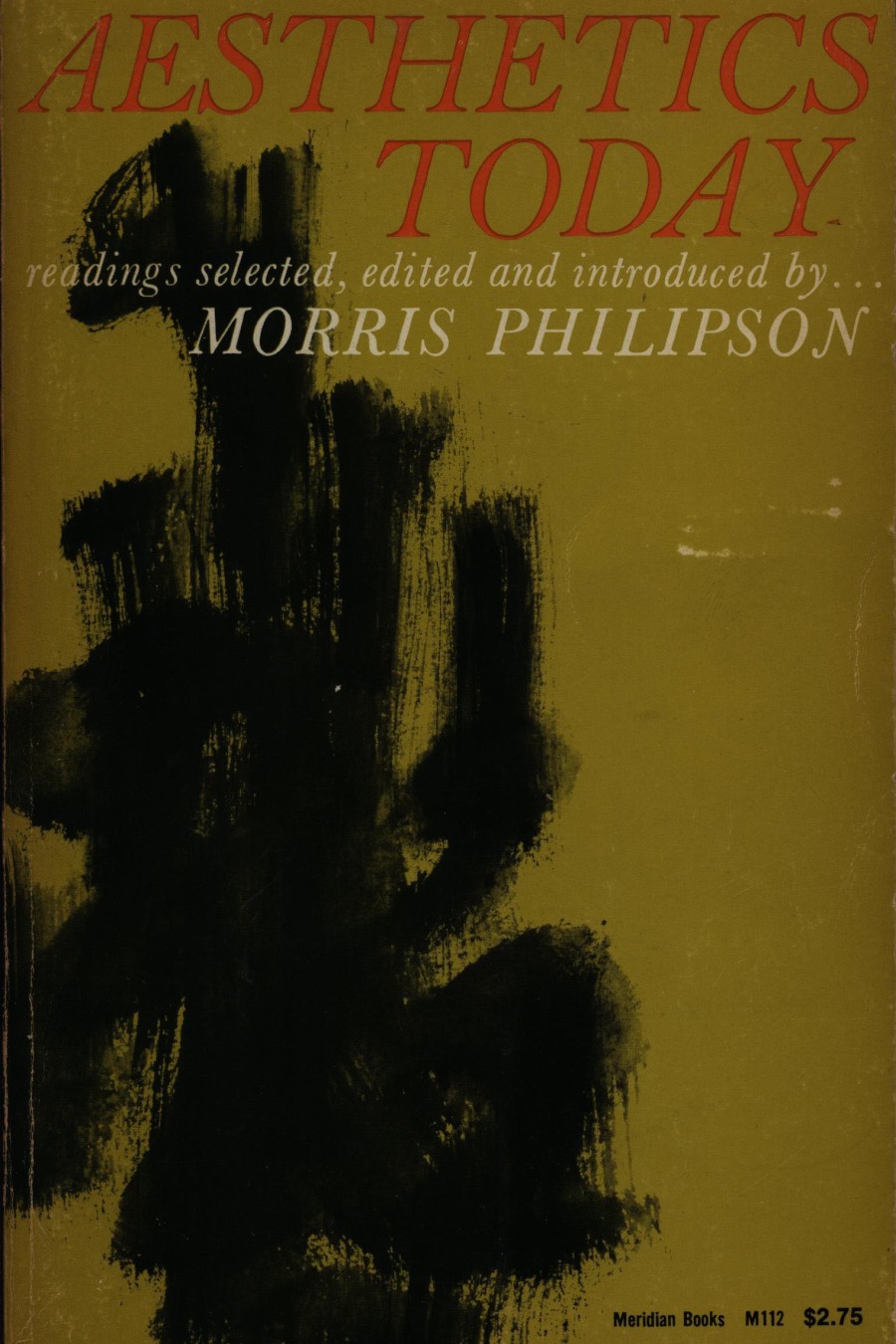 It includes studies and essays by Meyer Schapiro, with Vogel's annotations and markings attesting to his complex and sometimes erratic readings. Consider, for example, a contribution to the anthology Aesthetics Today on the role and function of art-historical stylistic analysis. Conceiving of style as a matter of formal qualities and visual features in equal measure, Meyer Schapiro understands it to be not merely a characteristic of a given period, but also a powerful analytical instrument, a double indicator of both artistic subjectivity and a society's constitutive traits. Creative styles reflect economic and social circumstances, cultural assumptions and normative values. At the same time, our own description of a style allows us to read the historical conditions of our time and our cultural context. Perusing the discussion of these subtle interconnections, Vogel marks up Meyer Schapiro's reflections with underlinings and exclamation points.

"In medieval work the unframed figures on the borders of illuminated manuscripts or on cornices, capitals, and pedestals are often freer and more naturalistic than the main figures. This is surprising, since we would expect to find the most advanced forms in the dominant content. Such observations teach us the importance of considering in the description and explanation of a style the unhomogeneous, unstable aspect, the obscure tendencies toward new forms." (Schapiro 1961:89) 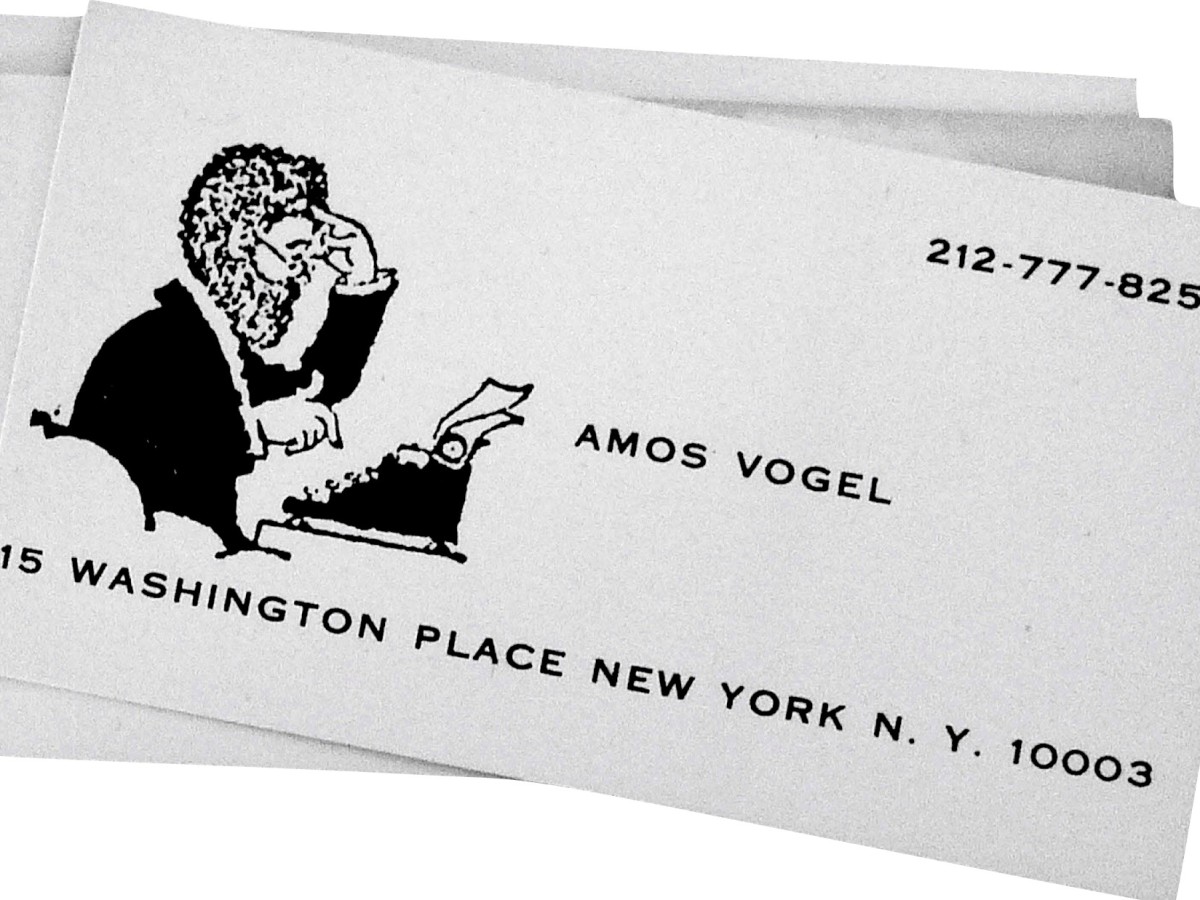 Both Meyer Schapiro's insight that the most advanced forms are to be found not in the dominant content and the analytical pressure he brings to bear on the study of unhomogeneous, unstable aspects and obscure tendencies resonate in leitmotifs in Vogel's magnum opus Film as a Subversive Art. He suggests something similar in a remark in the biographical interview:

Still, and despite the present effort to shed light on the "very worthwhile" question of the circumstances and motivations that shaped Amos Vogel's work as a curator, there ultimately remains, as he puts it, a "wonderful mystery":

"I've discovered, to my absolute amazement, that there are a lot of people around who don't see that. They simply don't see it, and I've often asked myself how come I see it and they don't see it. I have absolutely no explanation for that, it's a real, wonderful mystery to me." (Vogel 1995:112)

By Tom Waibel and Elisabeth Streit