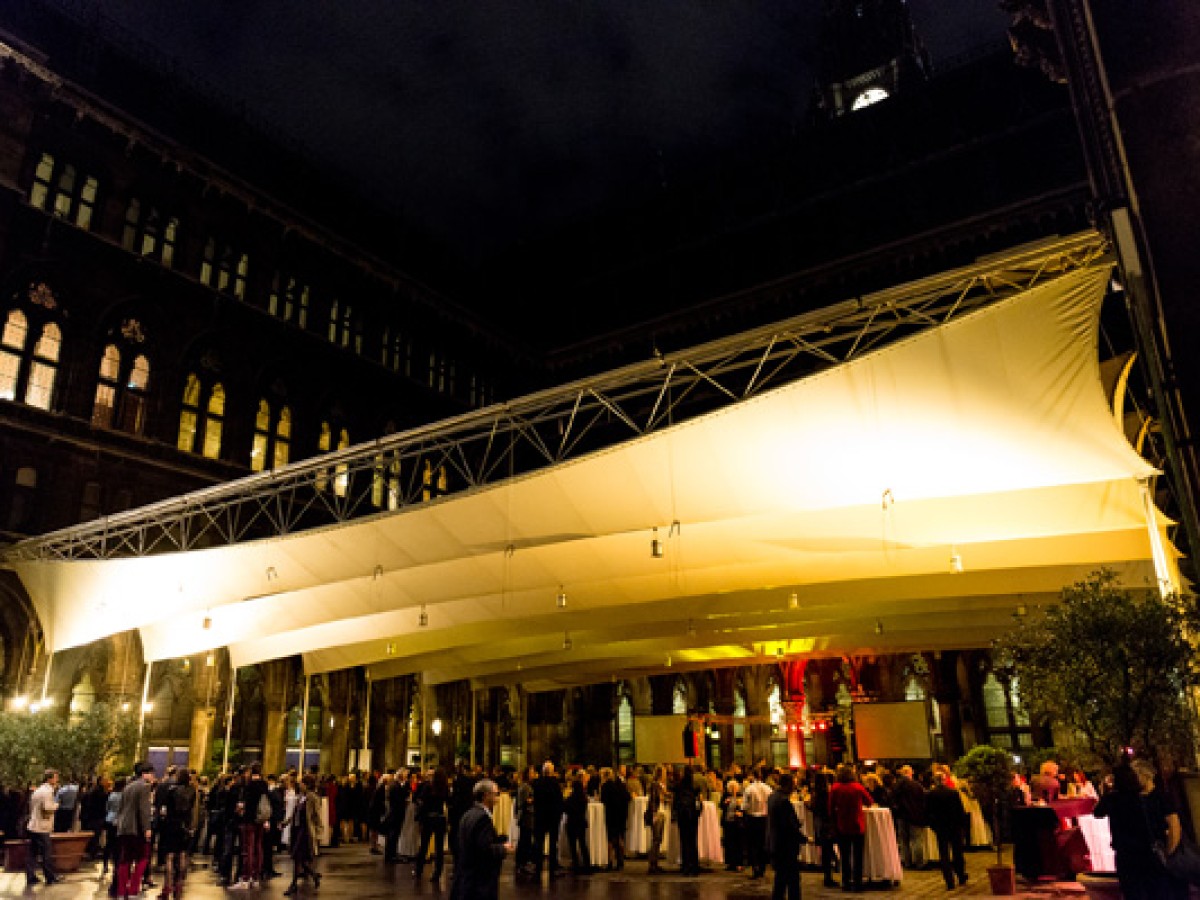 As a joyful celebration of the 50th anniversary and a thank-you to all the Museum's friends and supporters, the beginning of the 2014/2015 season is an opportunity for the Film Museum to host a lavish summer reception. The growing number of supporting members demands a bigger space than can be provided by the "Invisible Cinema" and thus the Mayor of Vienna and the Film Museum with the support of the weekly magazine profil, invite all friends to a laid back summer party in the open-air courtyard (Arkadenhof) of Vienna’s City Hall.

>>> Photos of the Summer Party