Digital Restoration of the Preserved Films of Tatjana Ivančić 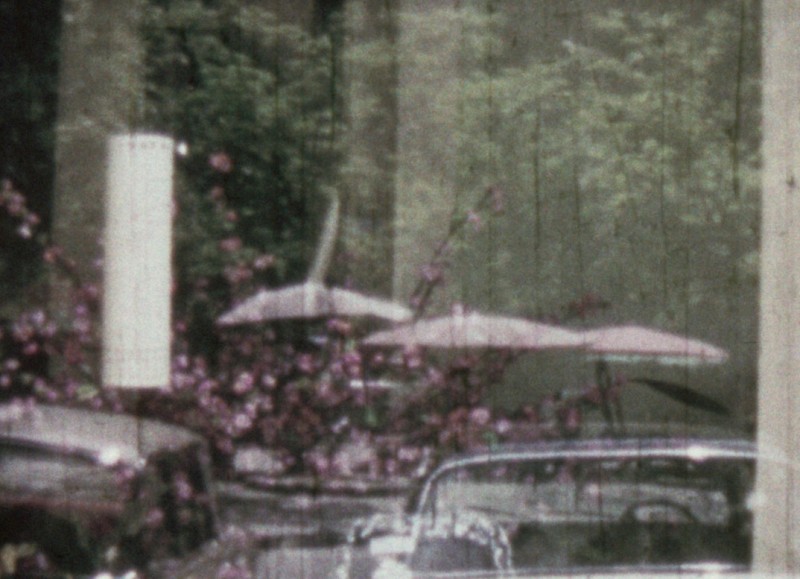 The digitization of picture at 2K and sound at 48kHz and digital image restoration were carried out by the Austrian Film Museum, based on the second generation Super 8 prints with magnetic soundtrack from the collection of the Cinéclub Zagreb which is held by the Croatian Film Association in the Croatian Cinematheque at the Croatian State Archive. In total, 24 prints arrived in Vienna – four films exist as a single print and 10 films as double prints. The first step was research and inspection of the elements; this preparation was important for specifying all the steps in the workflow, and most importantly, for defining the goal of restoration.

During the inspection, we found out that these second generation prints are actually in good condition and are only slightly scratched. Close inspection also showed that on these 2nd generation prints there are many traces of the original reversal elements printed in the image, such as splices, a lot of dust and traces of projectors (wide vertical scratches). These findings drew a very logical ground for approaching the restoration. The aim that we decided on was to restore the image and sound of the second generation print and to preserve the inherent characteristics and aforementioned traces on the original reversal film. The reason for that was mainly the fact that these traces cover a large part of the image on some of the films and it was very challenging to remove them without creating digital artefacts, because there is not enough information that the software algorithms could be used to interpolate those parts of the image.

We also checked the completeness of the films and found out that among these 10 double prints there are four films which were not identical in terms of length, meaning one print was longer than the other, so there were obviously some missing frames on one of the prints. The decision was made that we would restore the most complete version of the film, which means that as a source element for restoration we would select the longer version, if it turned out that the image on both prints was of similar quality. However, due to more image detail or less traces of physical damage on the shorter versions of three films (Sand, Variations and The Travelogue) we decided to use a shorter version as source and insert the missing frames from the other print. Both prints of each film were digitized under the same scanner light settings, and also colours were similarly well preserved, so in general there were no problems regarding the compatibility of images from the two prints. 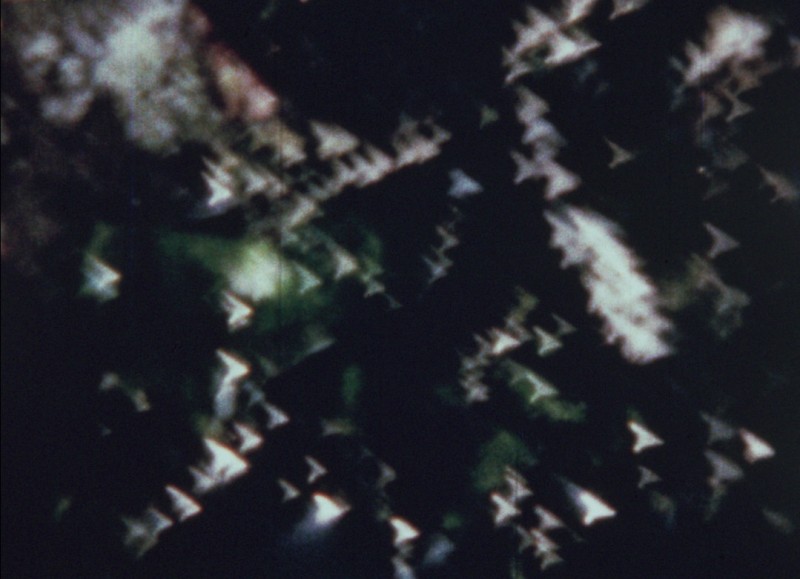 The next step after the stabilization was cleaning, for which we used an automatic dust removal filter, and there was also some manual cleaning done because of the abstract nature of image in a few films (for example, Variations or Good Old Oar, where Tatjana Ivančić was recording the surface of water). Even though the parameters of those automatic filters were adjusted to the type of image and the type of dust that we wanted to remove, the algorithms anyway either removed too little or introduced digital artefacts, so there was a lot of double-checking and some manual cleaning done. We removed the dust and scratches on the second generation prints, and only slightly reduced the traces that were printed, but only when they were covering a larger portion of the image.

The major challenge in the restoration was definitely colour correction. First of all, originally very vibrant colours were rather faded and since we didn’t have other well preserved reference elements than second generation prints, we had to use them as a reference. Second of all, the two prints of only a few films faded differently – one print is much more magenta than the other one, in which the hues are colder. As most prints faded towards magenta, our approach in general was reducing the magenta tones. However, we could not bring back the original hues, since there was no relevant colour information on the elements. We set up a S8mm projector and projected the prints while colour correction took place – that gave us an idea about the brightness of the image. Additionally, we paid attention to preserving the balance between the slightly different colours of scenes that were shot from the same perspective. Even though we could have adjusted the colours to make all the shots look similar in terms of exposure and colours, we were very careful about that. We did not want to introduce any changes that would be our interpretation of how the image could have looked without them being based on the film image.

While the restoration of the image was carried out at the Austrian Film Museum, the sound was restored at Digital Magic Studio in Zagreb. The initial idea was to use separate magnetic tape as a source for restoration, but we nevertheless scanned the sound from the sound stripe on the prints to use it – if nothing else – for sync, and as an additional source of information. However, as the sound restorer digitized the separate magnetic tape and analysed the soundtrack, he realised that the magnetic tape was reused and that it wasn't properly de-magnetised when the soundtracks of Tatjana Ivančić's films were recorded on the tape. So at the end we had to return to the soundtrack obtained from the magnetic stripe on the second generation S8mm prints. Those soundtracks carry a lot of noise, hiss, many hums, clicks. In the restoration process, the sound restorer decided to preserve artefacts that were introduced during the filmmaking process and reproduction, but removed those coming from deterioration and digitization.

To sum up, there are many characteristics of image and sound (odd image movement, scratches and splices printed in the image, background noise) that might seem like imperfection in the context of more conventional cinema. However, in the restoration of amateur and experimental cinema it is crucial that the origin and nature of these characteristics are additionally questioned and re-evaluated case-by-case, as there is a high possibility that they are a result of particular filmmaking practices and therefore an inherent part of the film image, sound and their aesthetics.