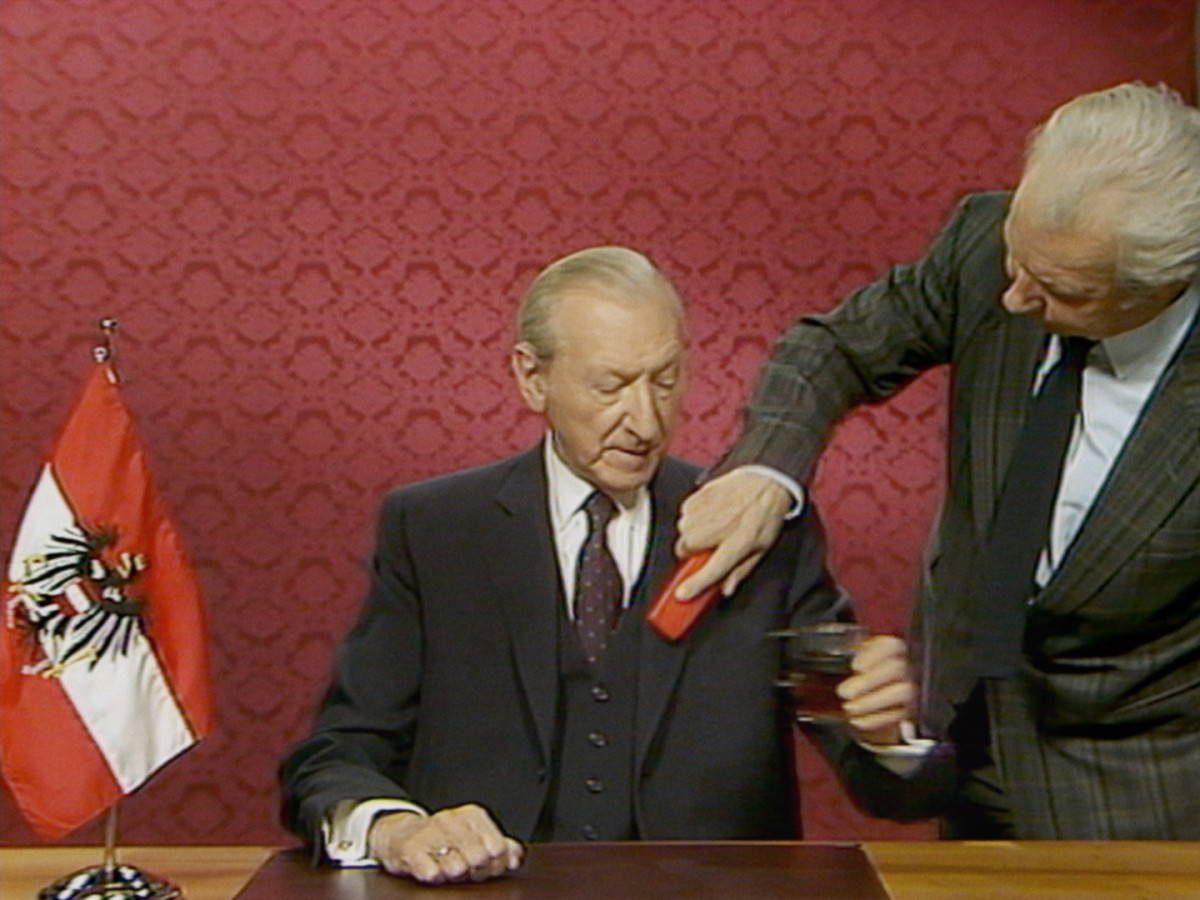 In 1986 revelations about the unresolved role of presidential candidate Kurt Waldheim, a former Wehrmacht officer, in the Second World War, sparked a wide-ranging discussion of Austria’s dealings with its past. Waldheim's Waltz shows a chronology of those crucial weeks and is made up solely of archival material. In her editing of these images, Ruth Beckermann reveals how the "Waldheim affair" developed into the "Austrian affair." The antisemitic and populist strategies of the ÖVP, the party backing Waldheim, provoked a tremendous response in Austria, as those involved mutually reassured themselves of their moral uprightness and blamed the "dishonorable conspiracy from abroad," thereby providing the circular motion of the titular waltz. As analytical as it is engaged, the film does much more than pose questions about "back then" – instead, it raises the ever-important issue: over 30 years later, is Austria still stuck in the same circle? (S.H.)