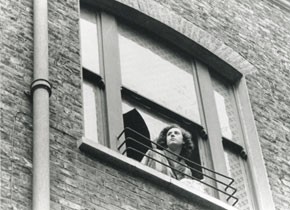 “Kino-Atlas”, a multipart project launched by the Film Museum in September this year, follows the notion that cinema is a medium of groups and clusters. Just as groups of people gather at a specific location, the films themselves gather into social clusters: as "New Waves", film school cliques, political marriages of convenience, or production units within a studio system.

The second chapter is devoted to the remarkable films created by the British General Post Office (GPO). In the 1930s, the Post Office was one of Great Britain's largest employers. In order to present itself as a modern company advocating economic and technological progress, the GPO Film Unit, picking up from the remnants of the Empire Marketing Board, was founded in 1933. John Grierson, who was in charge of film production, gathered a group of young women and men who would constitute a kind of informal film school. Progressive in both political and artistic matters, they exhibited a strong sense of elan, optimism and a slightly melancholy air. The British writer J.B. Priestley succinctly recounted his impressions: "Young men in high-necked sweaters".

On the one hand, GPO productions acted as advertisements for the Post Office and thereby the British government: whether playful as Len Lye's N or NW (1937), in which a wrong postcode on a letter almost brings a relationship to a close, matter-of-factly informative as Stuart Legg's The Coming of the Dial (1933), elucidating the manner of operation of the newly introduced rotary phone dial, or almost aggressively committed to democratic ideals. On the other hand, the filmmakers were offered a space where they could pursue avant-garde goals and, under the strong influence of 1920s Soviet cinema, explore the ins and outs of the medium.

John Grierson's deliberations on documentary film, tried and tested in his cinematic manifesto Drifters (1929), provided the theoretical foundation of the GPO Film Unit. He encouraged the young filmmakers to tackle social, political and economic issues in their work through the use of innovative stylistic devices. In 1937, the cosmopolitan Brazilian Alberto Cavalcanti ("I am a surrealist with realist tendencies") took over from Grierson, leading to a significant differentiation of the group. Alongside the docu-realist works, many playful, essayistic and fictional films were now being made as well. Harry Watt's "reconstructed" documentary North Sea (1938) and the films of Humphrey Jennings are characteristic of this phase.

World War II shifted the focus to propaganda films, first preparing the population for the war and ultimately requesting them to live with it. In 1940, the GPO Film Unit came to an end. It was transformed into the Crown Film Unit and placed under the direct control of the British Ministry of Information.

The series features more than 20 selected GPO productions and is kindly supported by the British Film Institute. Hannes Brühwiler and Lukas Foerster, curators of the "Kino-Atlas", and Fabian Tietke will introduce three of the five programs.