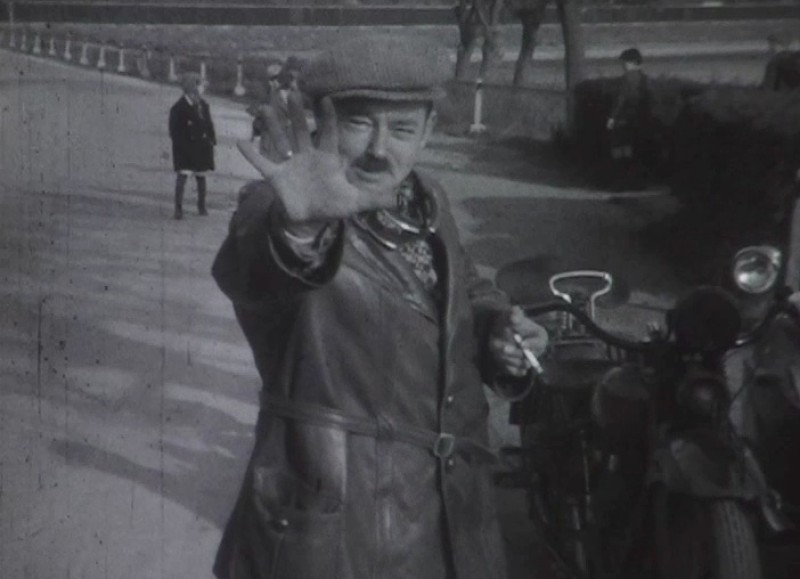 Supported by the Austrian Science Fund FWF, this research project on Amateur Film Archeology was the first of its kind to systematically analyze cinematographic expressions and practices of amateur film. As a result of it, Abenteuer Alltag. Zur Archäologie des Amateurfilms was published in 2015 - the first German-language publication to give an overview of amateur film research in Europe, presenting essays on topics such as the politics and history, the technology and aesthetics, as well as the bodies and spaces of amateur film.

The primary goal of the research project was the systematic analysis of approximately 7,000 roughly organized rolls of amateur film from the collection of the Austrian Film Museum. The extensive archive included a wide range of filmic documents in terms of time of origin, modes of addressing the audience as well as "authorship," and offered a rich basis for the fundamental study of amateur film: early amateur feature films; a collection focussing on the 1920s and 30s; biographically reconstructible home movies such as the unique filmic catalog of the Apfelthaler Collection (approx. 150 rolls, including several "actualities"); intricately constructed Kulturfilme or a special inventory of flea market finds from very different sources (Arash Collection Arash, ca. 1930 to 1980).

The project aimed at reconstructing the history of themes and aesthetic forms in their given heterogeneity and at relating them to those cultural practices whose result and expression they are. Thus, two requirements that were voiced during recent debates on the subject were being addressed here: On the one hand, the study included not only the aesthetic forms of 'home movies' but also the work of so-called 'ambitious amateurs'; on the other hand, the historical development of aesthetic forms was explored to determine which influencing factors - technological developments, socio-historical contexts or intermedia aspects - define their genesis.

The research project aimed at uncovering factual, historical, social and material information that amateur film can claim within modern visual culture, as well as developing the methodological and analytical tools, expanding them on an empirical basis, and making that information accessible to academic research.

To the project homepage

To the homepage of the Chair of Media History, University of Siegen

To the homepage of Medienamateure

To the homepage of the Kinothek Asta Nielsen

Abenteuer Alltag. Zur Archäologie des Amateurfilms is the first German-language publication to give an overview of amateur film research in Europe, presenting essays on topics such as the politics and history, the technology and aesthetics, as well as the bodies and spaces of amateur film.

Siegfried Mattl (1954–2015) was one of Austria's most renowned contemporary historians and Director of the Ludwig Boltzmann Institute for History and Society. His writings on film and history - with a focus on ephemeral films and the city in films - have been published under the title The Radiance of a City.
Share on